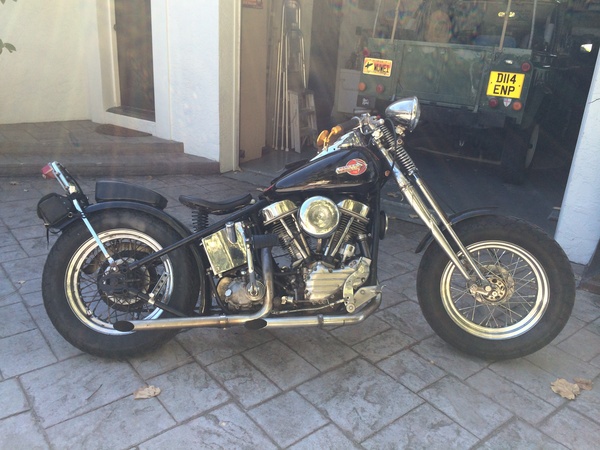 I previously have had inquiries about the level of original character I have tried to maintain over the last 24 years. When the top end was rebuilt, the mechanic took the liberty of sandblasting and painting the jugs thereby removing years of oil and age. I nearly cried. But when I got it home, I remembered that I had kept the oil from my first oil change which was full of dirt because the bike had been neglected for so long. I have considered using a sprayer to spray the oil on those relatively newly painted cylinders to restore the original look. When I decided that I might consider a sale, I gave up the idea. I still have that oil if the new owner would like to restore the patina lost by the actions of a well-intentioned mechanic.
Full description Show less
Additional seller notes
Will accept cash, certified or cashier's checks.
Seller accepts payments by
Cash
Sponsored Ad
Full Item Info
Condition:
Used
VIN:
TEX 201421
Seller Information
Private Seller
ONLYONEJUD
Naples, FL 34119
Phone
Show phone number
Member Since
February 2008
Message Seller
Honor Payments
Lifetime: 0
Last 12 months: 0
No Achievements Yet

Shipping
uShip
Compare shipping quotes and save up to 80% uShip's transport marketplace gives you access to thousands of trusted providers who compete for your business, so you can pick your price and ship with confidence.