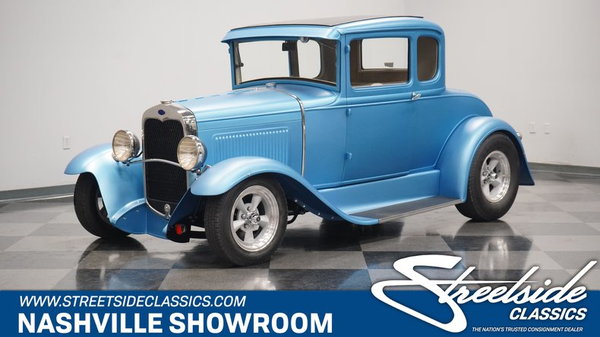 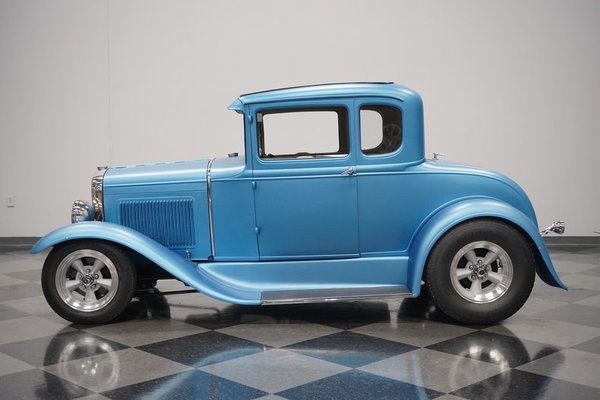 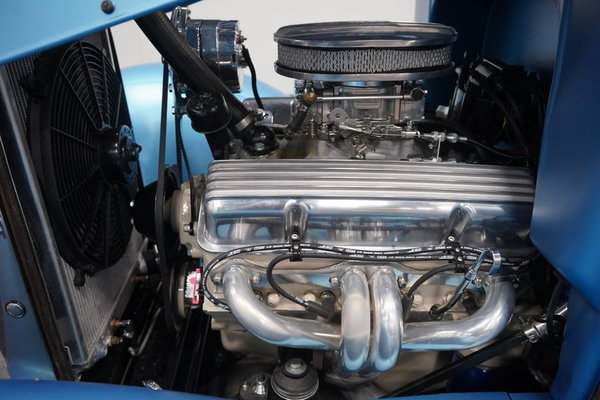 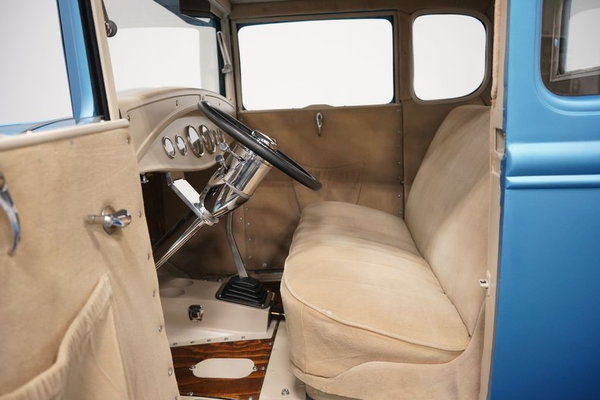 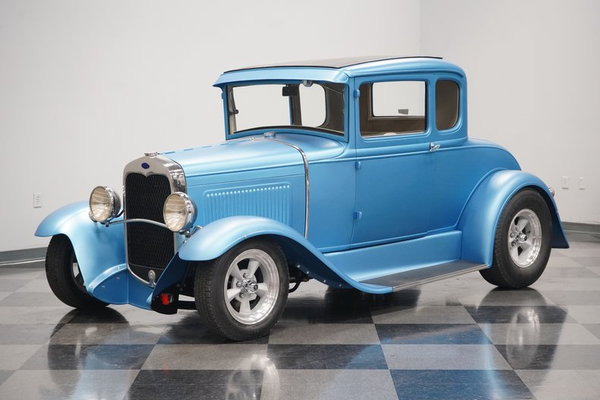 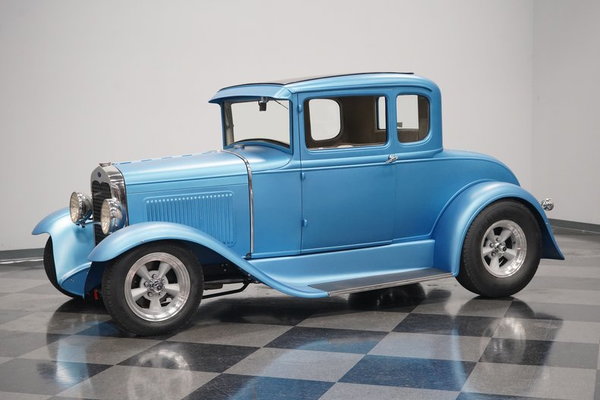 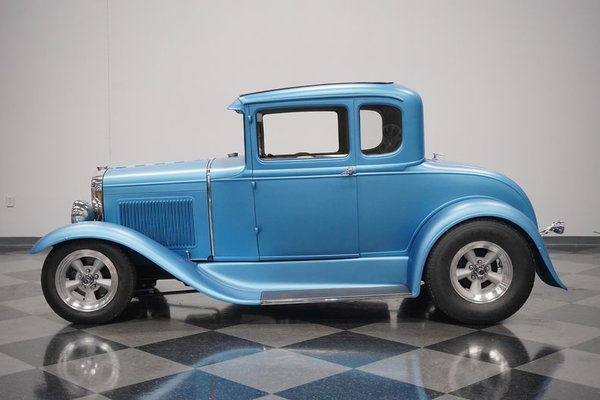 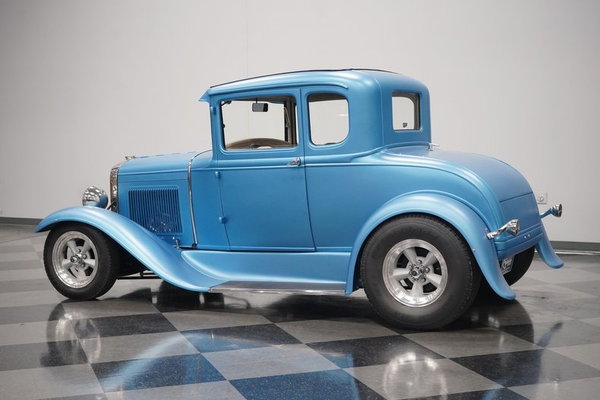 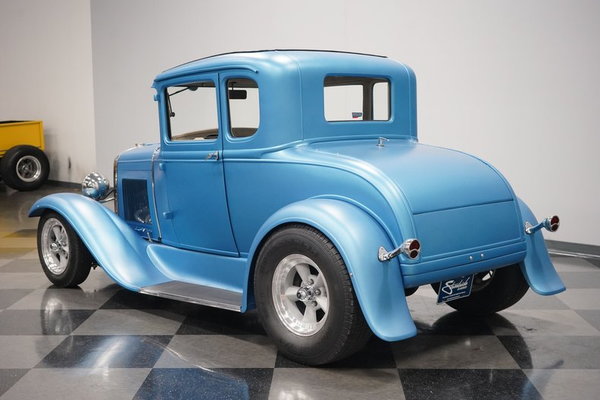 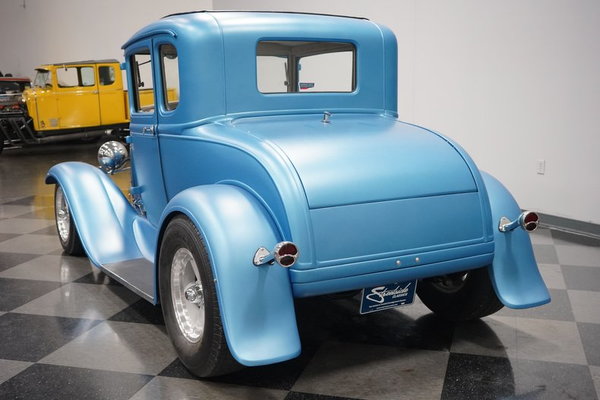 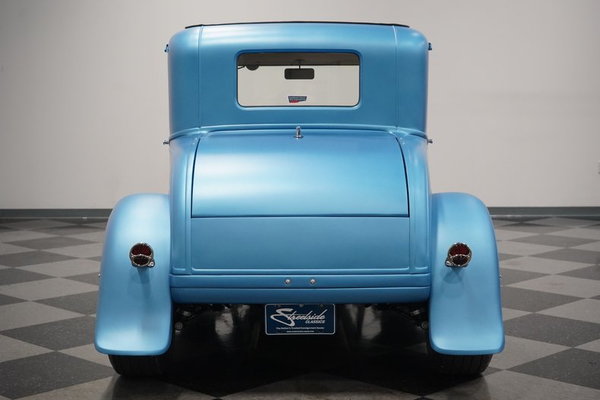 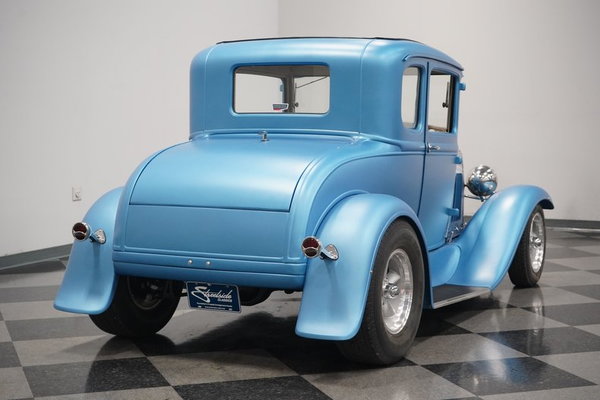 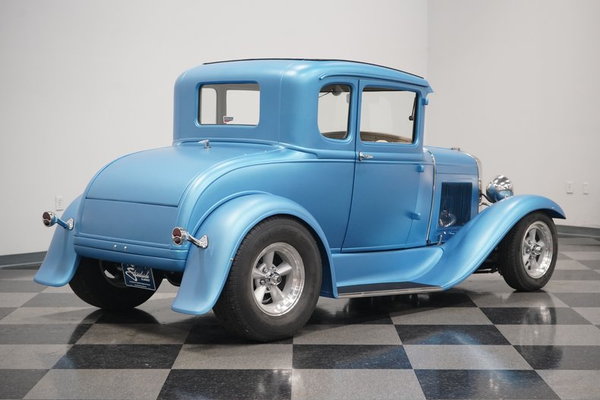 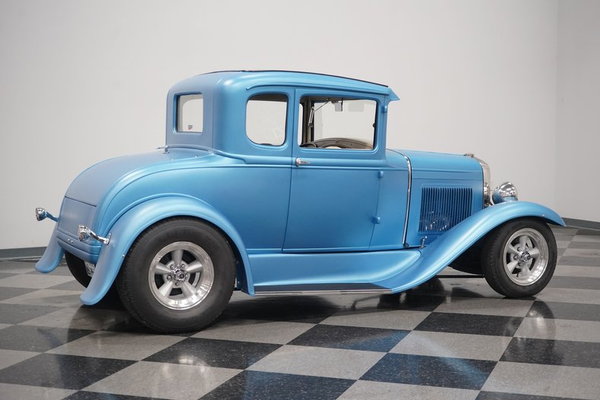 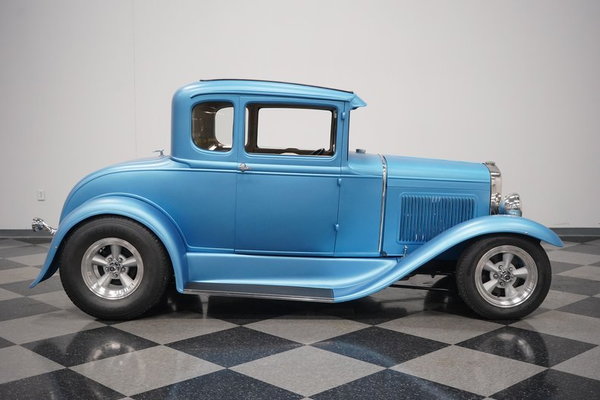 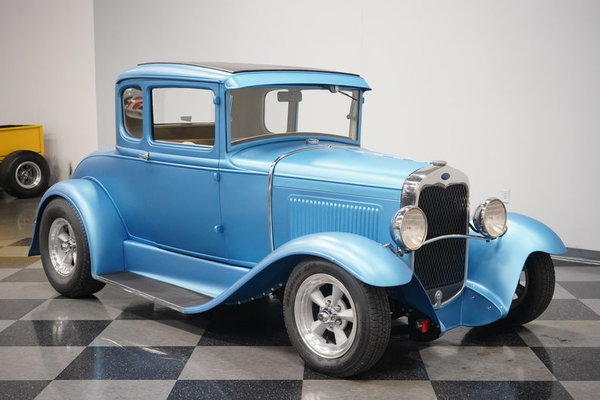 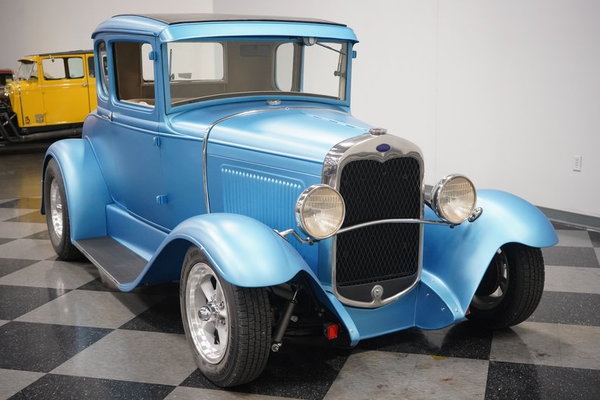 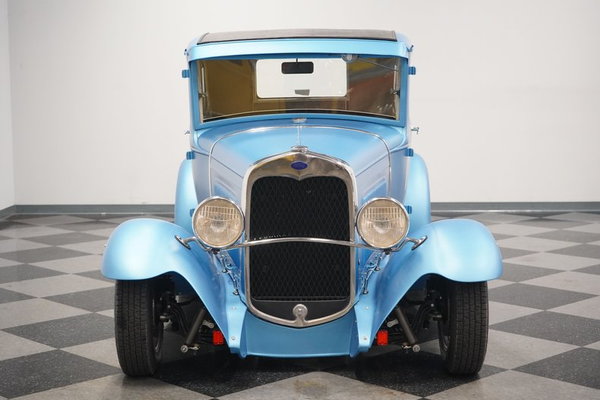 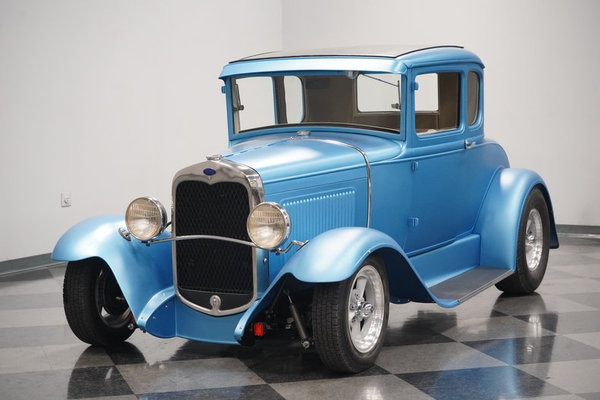 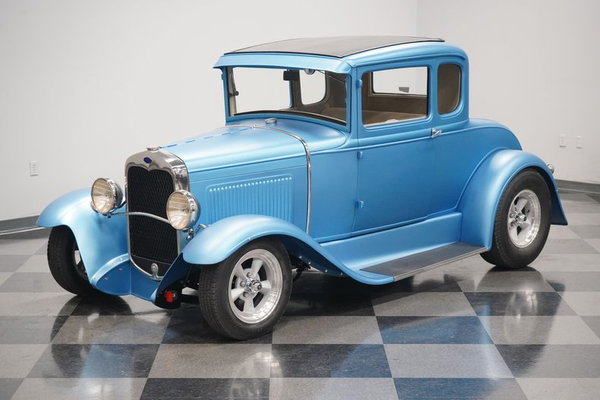 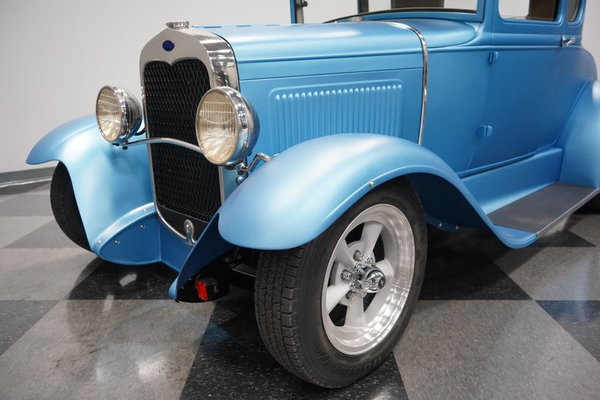 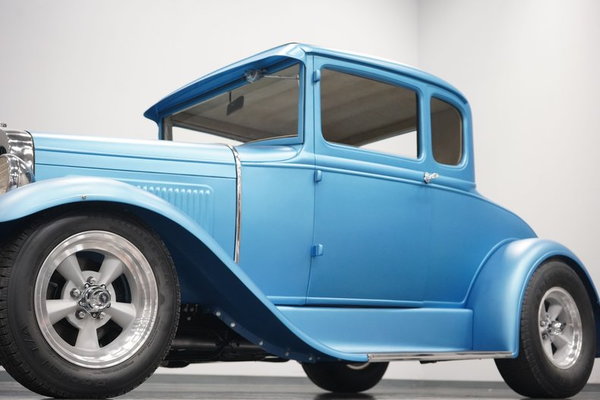 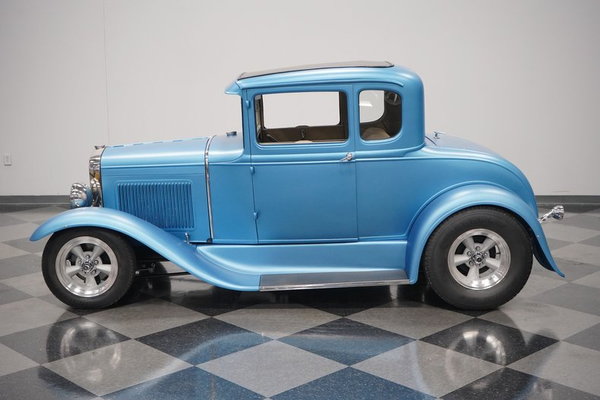 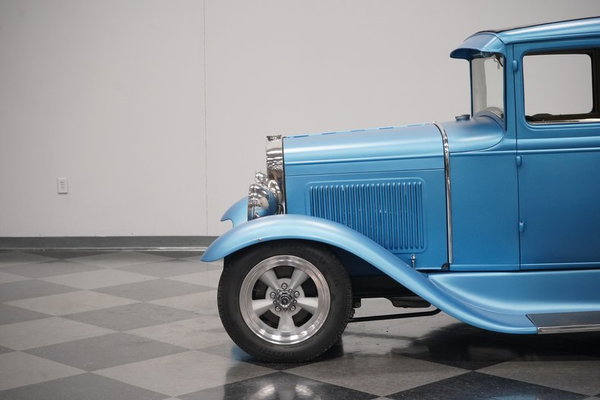 $43,995
Get Financing >
189 miles
Ad Number: 184397020
Report this ad
LA VERGNE, TN, US
No trades accepted
Streetside Classics - Nashville (Business Seller) RJ Storefront
Share
Save
Msg.
Call
Item description
This 1930 Ford Model A 5-window coupe is a fresh professional build with under 200 miles on it. So as you look over the full package you're going to see an irresistible mix of classic Henry Ford steel upgraded with modern paint, V8 power, and more details that make for an awesome street machine.

Doing a Model A in matte blue instantly announces this is a more modern build. The unique sheen brings a new dimension to the curves in the Henry Ford steel. Oh yes, this is a true classic Model A body that's approaching its century anniversary (the running boards are new.) And the way all this fits together for such a clean style reminds you what happens when a professional initially builds one for himself. The whole car has a fresh and clean style, right down to details like the pliable weather-stripping, new windows, nice chrome, and a black leather roof. And the deleted bumpers, the forward-leaning stance, and the 15-inch American racing wheels with a larger rear set instantly announce this classic coupe is a true street machine.

The tan interior makes for a tasteful look against the blue exterior. It has the quality look of a solid investment. We especially enjoy how fundamentals like the cloth bench seat, coordinating door panes with pockets, pop-out windshield, and other details keep a 1930 appearance, but it all feels so fresh. But it's also not hard to start recognizing the upgrades that make it a better driver, with a three-spoke steering wheel, tilt steering column, cup holders, crisp gauges w/speedo and tach, and a B&M shifter in the floor. And a nice touch to bridge the gap between vintage and modern is the nicely varnished wood in the footwells, firewall, and trunk.

The butterfly hood is likely to attract a crowd, and so is what's inside it. A 283 cubic-inch V8 is looking quite nice with shining components like the air grabber, finned valve covers, and alternator in an overall tidy setup. Plus, it has been upgraded for power with a Quick Fuel four-barrel carburetor, PowerPack heads, and shorty headers feeding the dual exhaust with Flowmaster mufflers. It also has the right supporting components, like. MSD distributor, new belts, new plug wires, and an aluminum radiator with electric fans. As you look at the undercarriage photos, you see more reminders of a quality fresh build. Plus, you'll see the hot rod hairpin front end, four-link rear with coilovers, a three-speed automatic transmission, and front disc brakes.