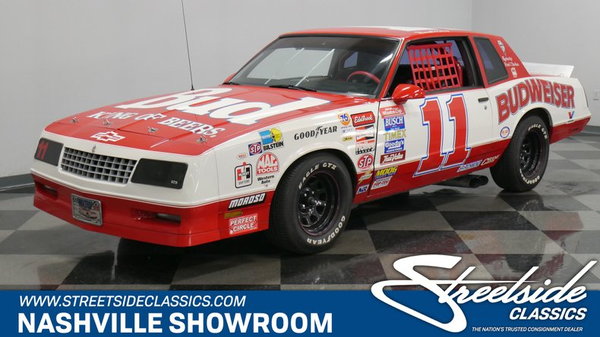 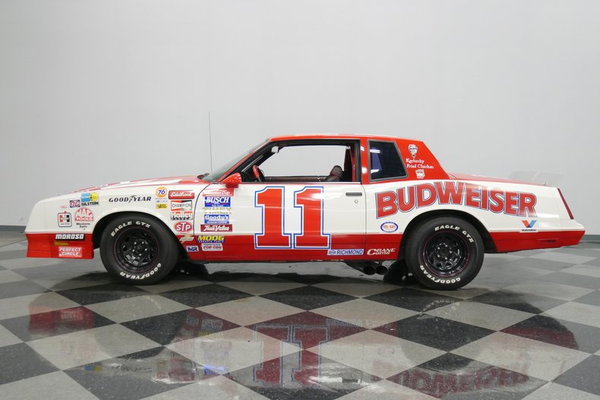 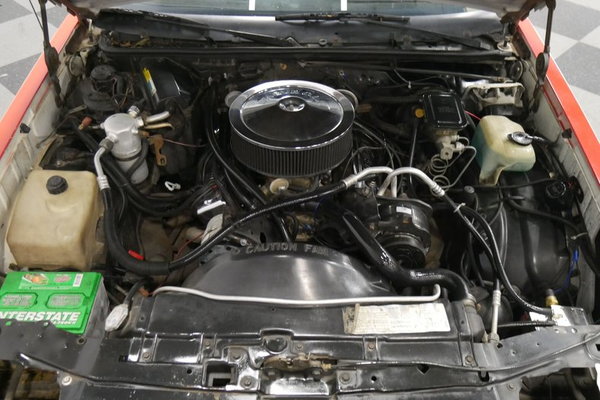 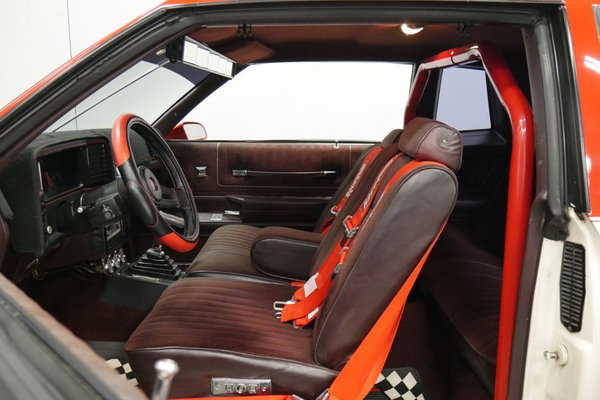 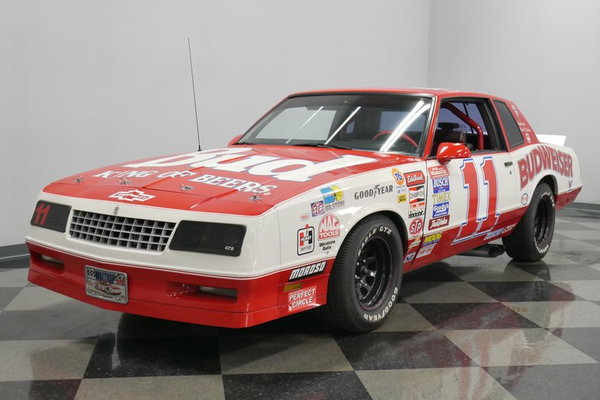 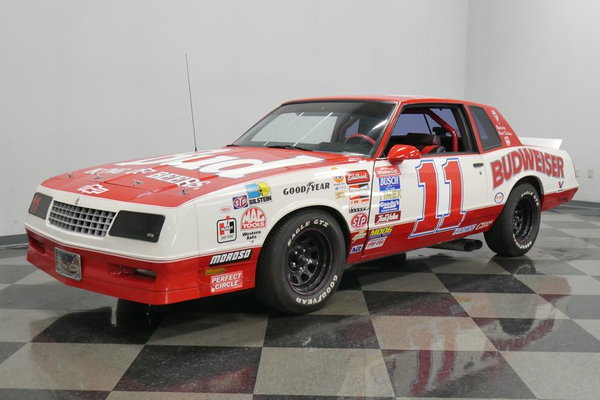 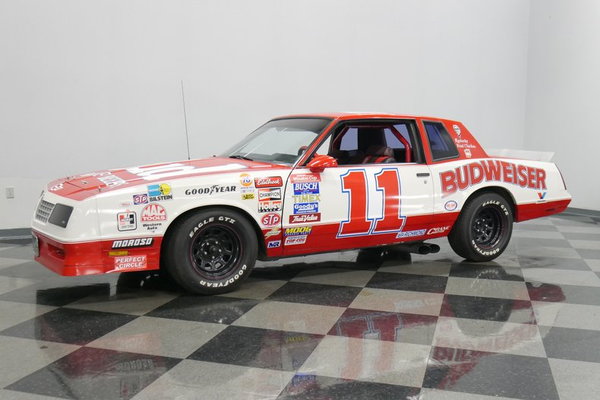 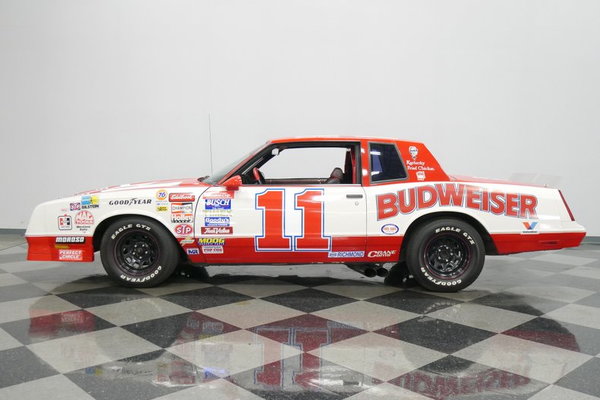 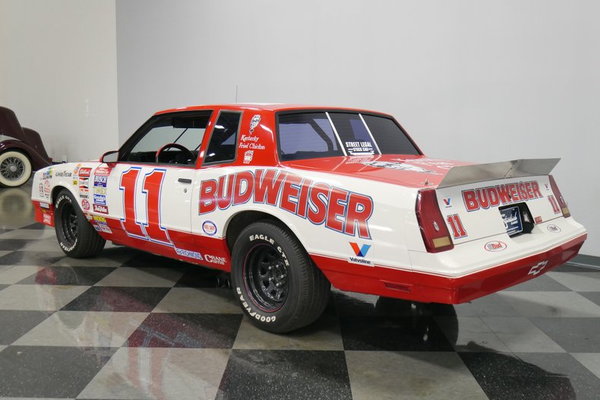 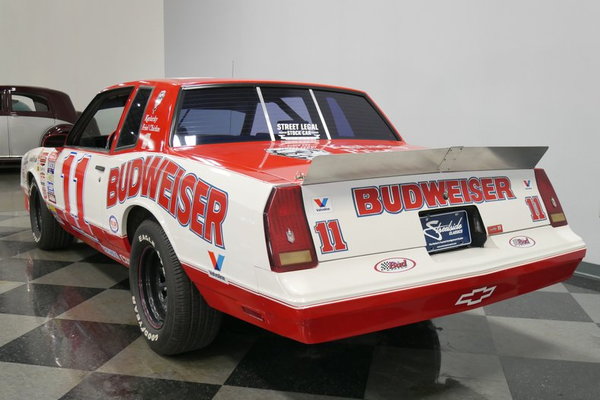 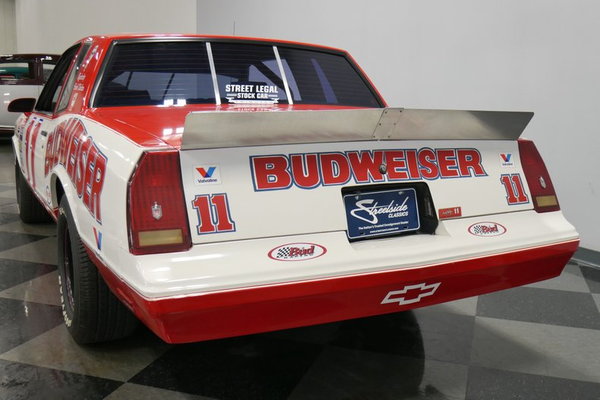 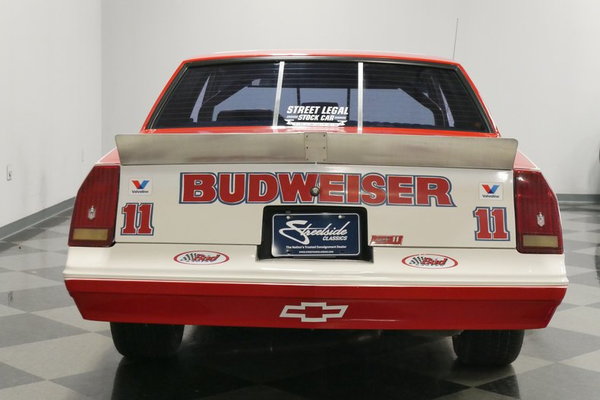 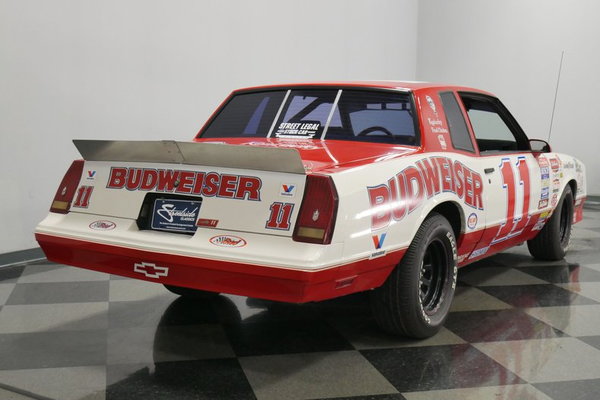 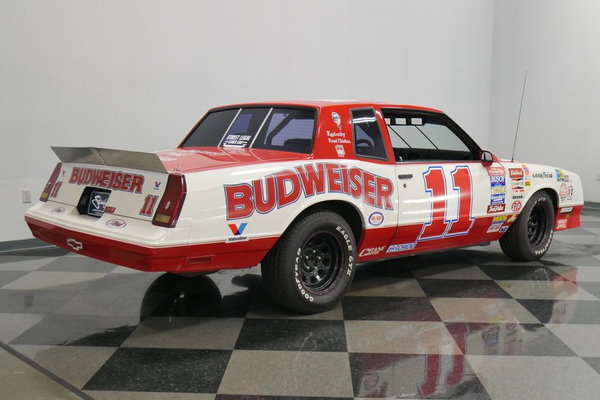 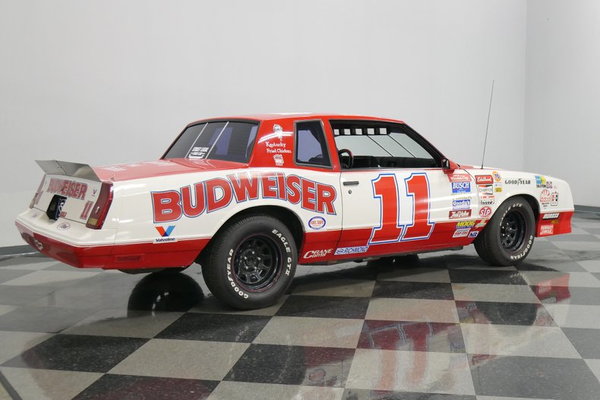 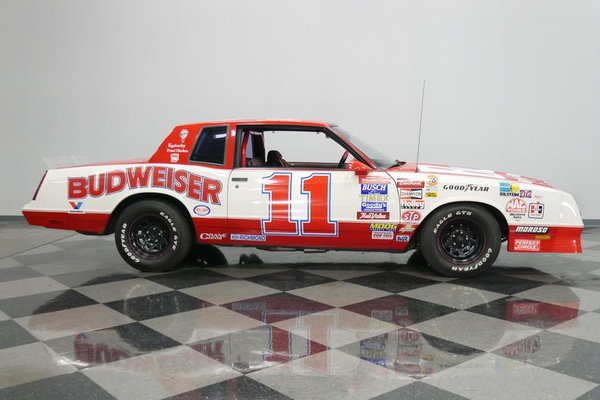 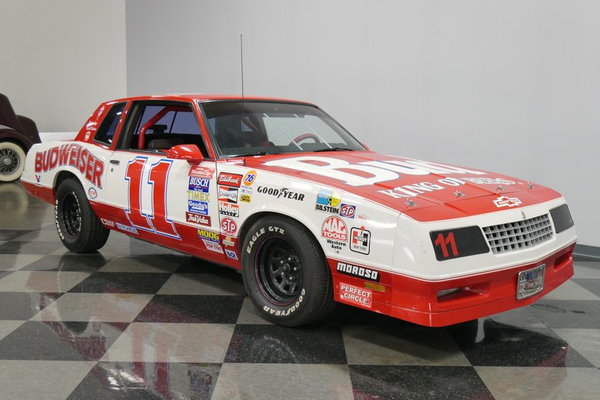 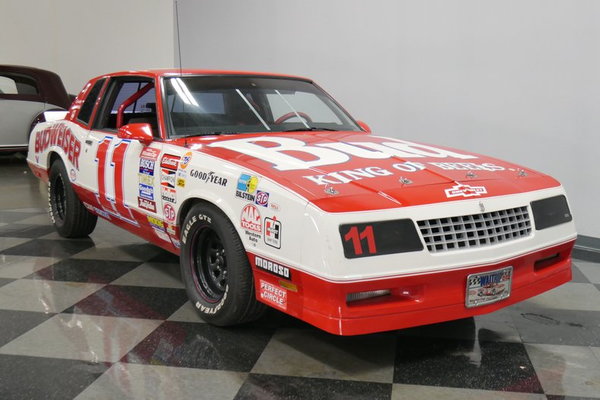 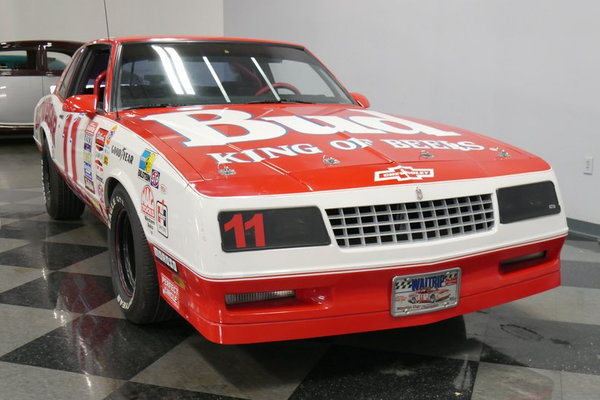 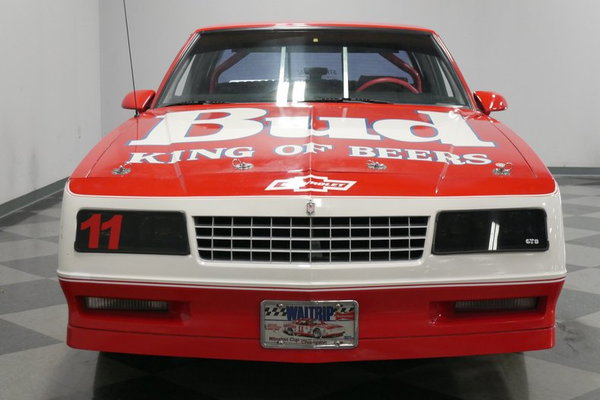 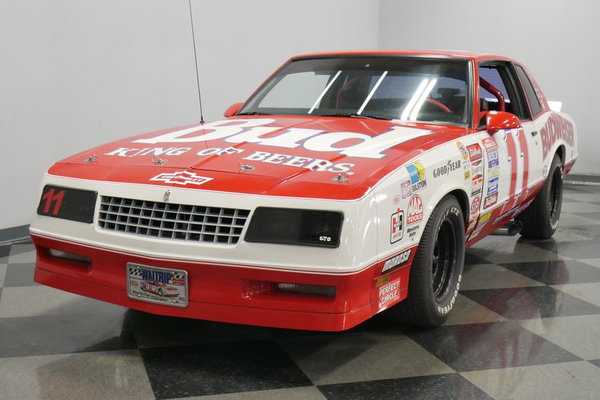 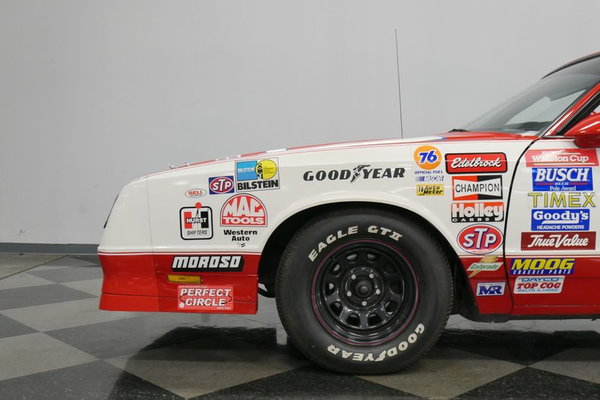 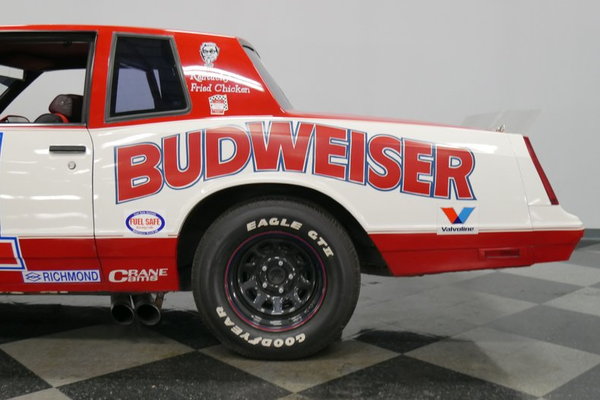 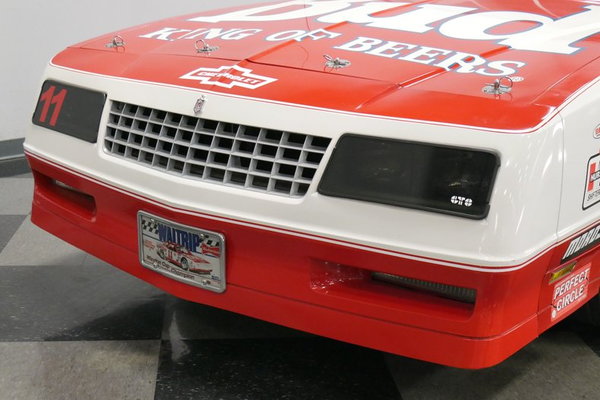 Collector cars are consistently the most interesting segment of the hobby, as varied as the fingerprints of the guys who collect and build them. And while you've seen custom Monte Carlos before, this Darrel Waltrip homage 1987 SS is one of the most attention-grabbing NASCAR throw-backs we've ever featured. A slice of nostalgia that can actually be drive and enjoyed, this tribute #11 Monte is a very special G-body.


Sure it's not original, but who cares? Hand-painted in an awesome and period-correct NASCAR paint scheme, the builders really captured the spirit of the time with this one. Featuring heavy-hitter sponsors everywhere you look (Budweiser, Kentucky Fried Chicken, Valvoline), this red-and-white Winston Cup racer is a head-turner that brings the crowds everywhere it goes. Who would have known that the chiseled, formal Monte Carlo would look so good as a stock car racer? The custom finish also seems to accentuate some of the details you miss when these cars are plain old black or white, namely the gentle sweep of the fenders with a secondary crease running just below the ridge, the smooth integration of the aero SS nose, and the aggressive slope of the Winston Cup Series race spoiler out back. There's a period-correct safety net on the driver's side, four chrome hood pins on the bonnet, windscreen/rear glass center bracing, and blacked-out screens on the headlights to further the illusion, but those details have done nothing to get in the way of the street-legal status on this Monte. The paint isn't show-quality but was a solid application when it was finished, showing complete coverage and a good shine with only a few demerits to indicate it's ever been used at all. Most of the SS's blacked-out trim remains black for a nice contrast to the paint scheme, and matches the black racing wheels to finish the look.


The interior remains fairly close to a stock Monte Carlo SS, which offers buckets, a floor shifter, and plenty of luxury features that you'd never find at a NASCAR race unless you went into the parking lot. But there are some performance-spec things sprinkled in too, most notably the non-functional roll bar (installed to complete the look), the four-point Racequip safety harnesses, the B&M floor shifter, and the auxiliary gauges in the center of the dash. The burgundy velour upholstery is in great condition and the seats are just the right combination of comfortable and supportive. The gauges are fairly comprehensive given the SS's mission and luxury options include cold A/C with R134a refrigerant, power windows and locks, a tilt steering column, cruise control, and a JVC AM/FM/CD stereo that sounds great. The leather-wrapped wheel helps with the sporty demeanor but if you want to take four people across the country in comfort, few cars will do it better than a Monte Carlo, especially with that giant trunk, which also features a full-size spare and jack set.


The only engine available for a Monte in '87 was Chevy's venerable 5.0 liter L69 V8 with a 4-barrel carburetor. With great torque and a throaty V8 rumble, this is a deserving descendant of the full-sized muscle cars of the past, and because of what this car is emulating, it's been built up with a .030 overbore, a Thumper cam, and long-tube headers. Chrome Moroso valve covers and a matching air cleaner add a little flash, but other than those slight deviations the engine bay is largely stock. It has always been properly maintained, so everything in the engine bay looks good-to-go and it has plenty of grunt, as you'd expect from a snarly small block Chevy V8. Underneath it's all original and shows a few signs of age on the unfinished parts, but careful care is evident everywhere you look, although there is a dual-to-single-to-dual exhaust system to improve the soundtrack a bit. A 700R4 4-speed overdrive automatic transmission feeding a 10-bolt with 3.73 gears was standard equipment, so the Monte is both quick on its feet and an easy cruiser on the highway. Distinctive black racing wheels wear traditional 255/60/15 Goodyear Eagle white-letter radials to finish the period-collect look.


You won't be looking for attention in this car, it'll find you. Fortunately, when it does, it'll also find a very well-built and nicely finished Darrel Waltrip tribute car that runs and drives extremely well. Boogiddy, boogiddy, here you go! Call today!