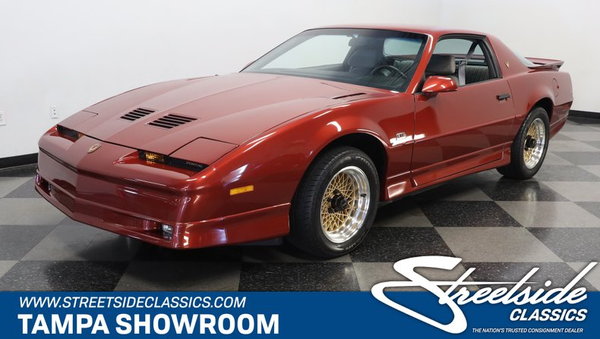 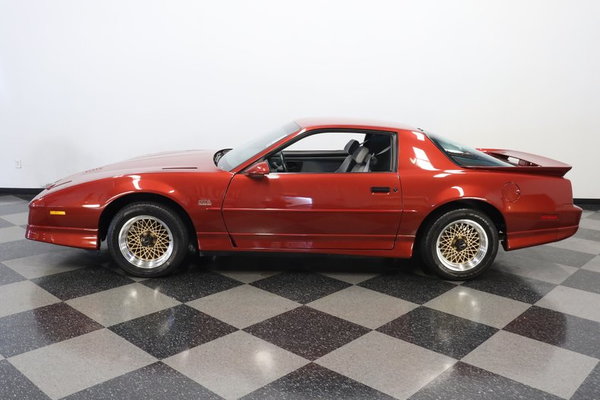 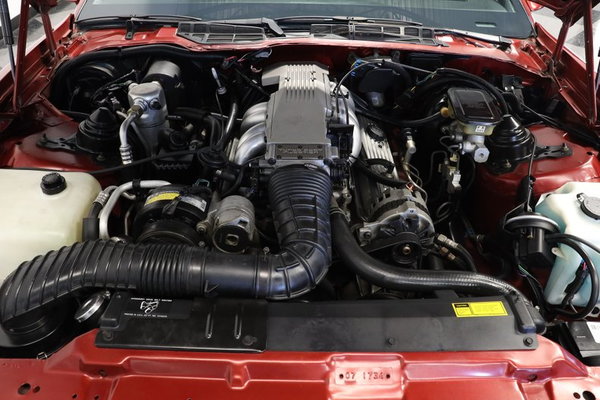 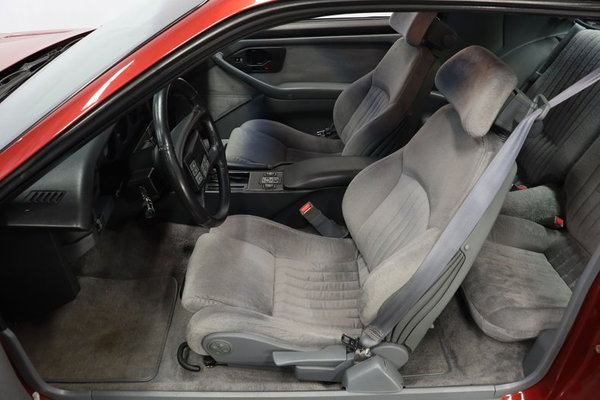 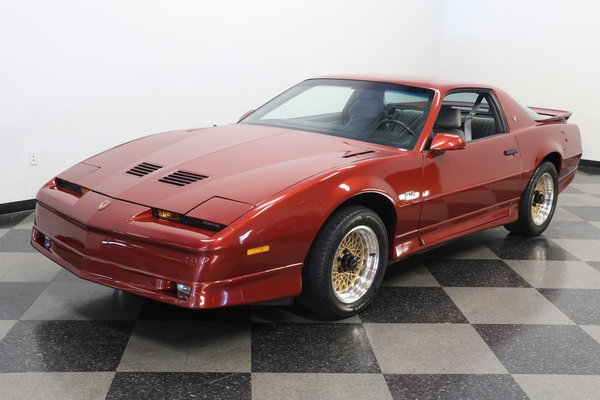 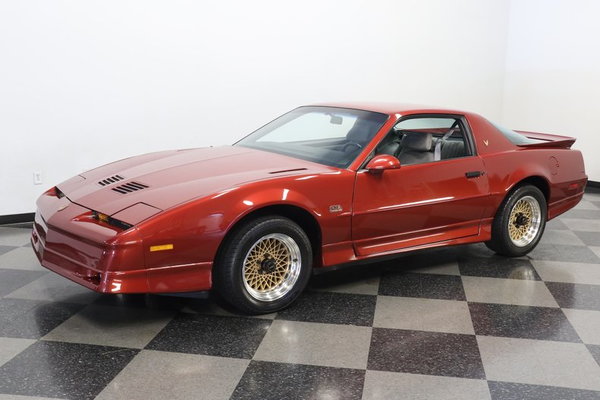 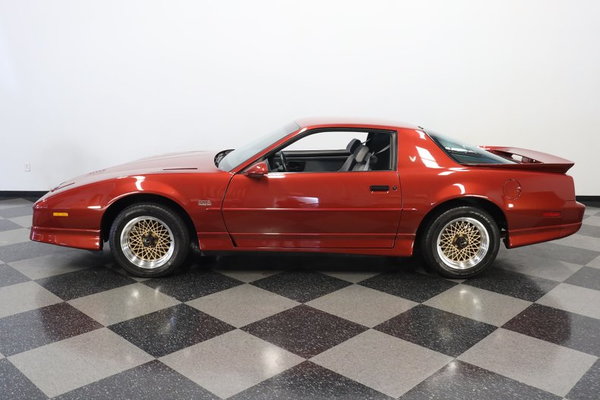 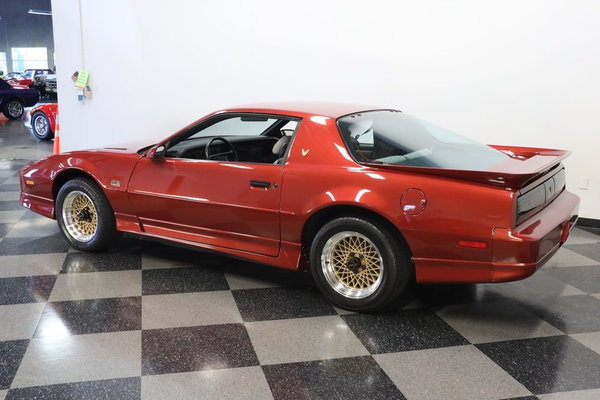 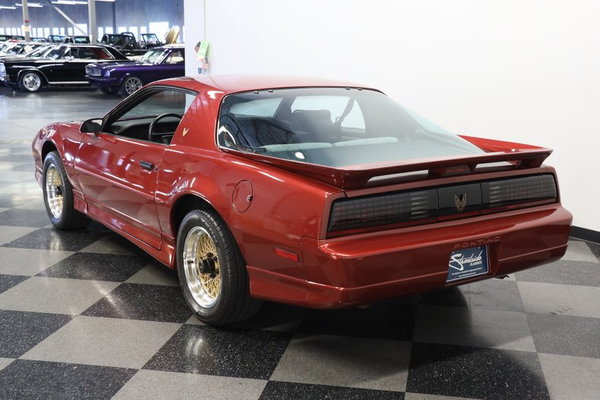 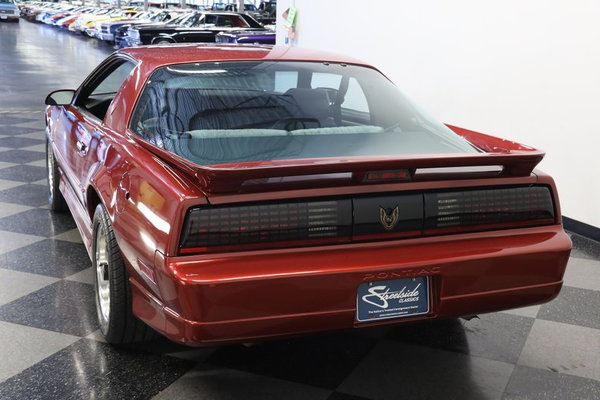 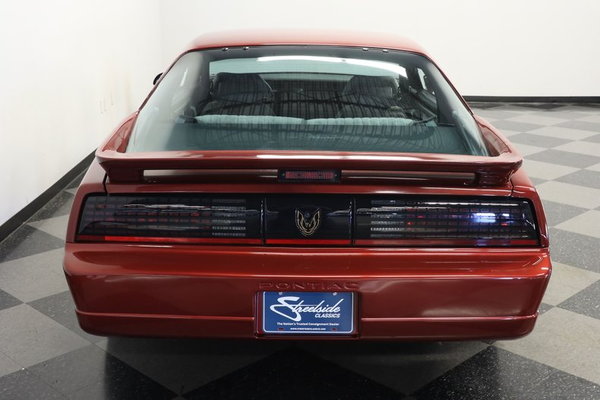 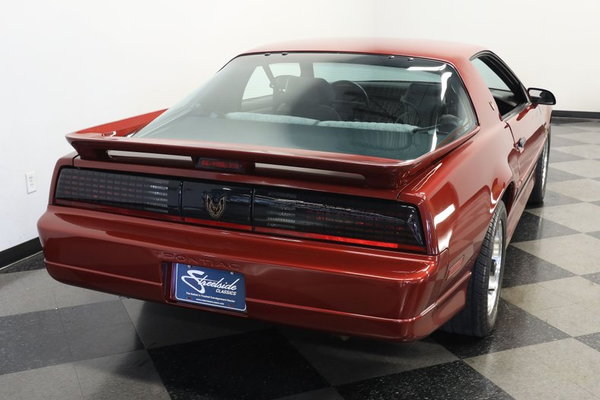 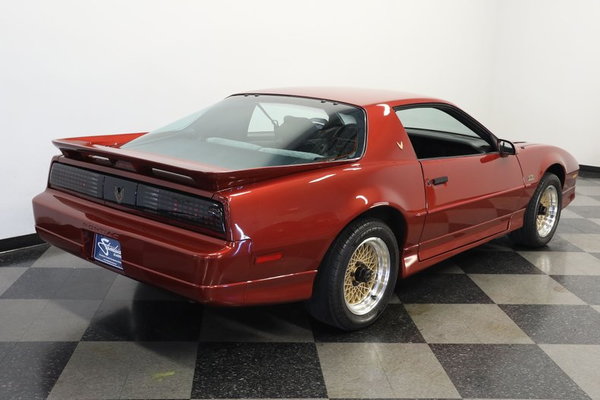 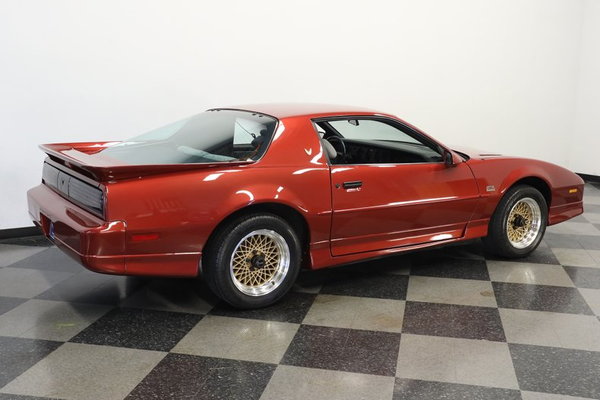 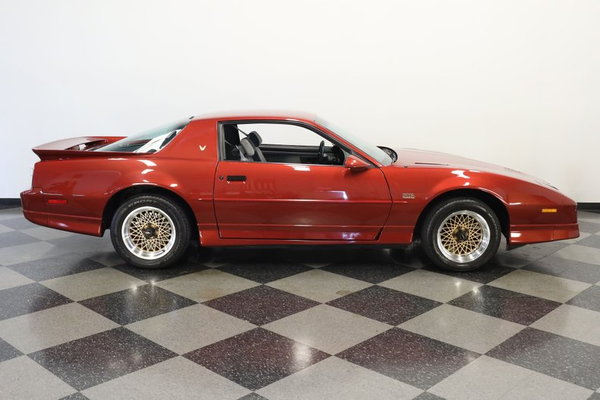 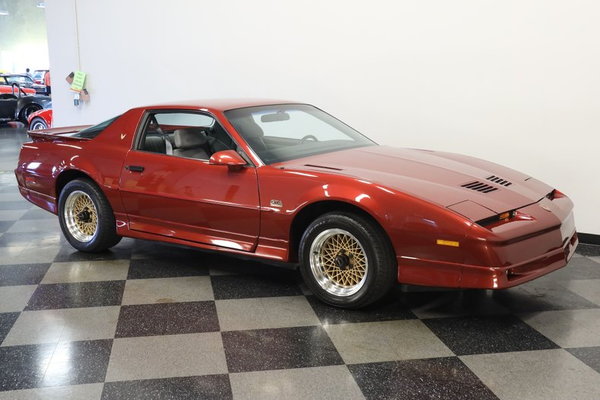 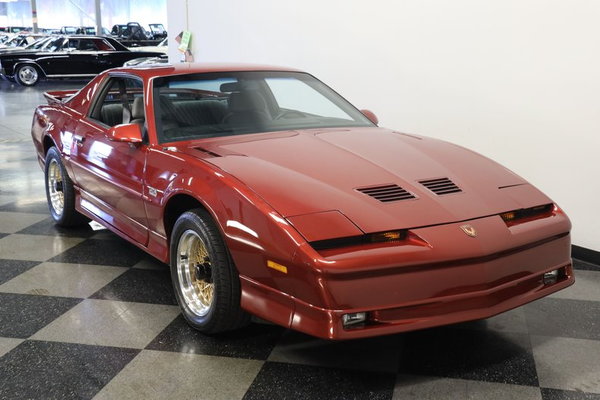 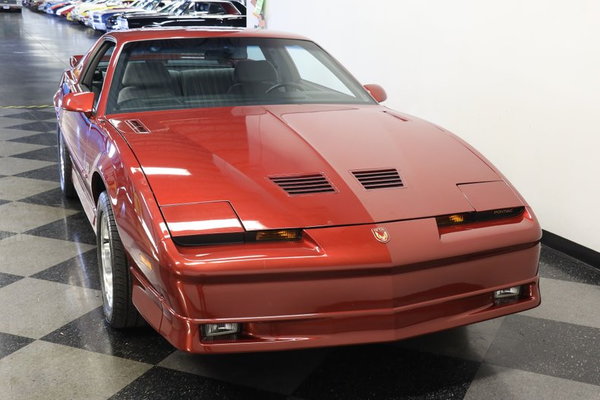 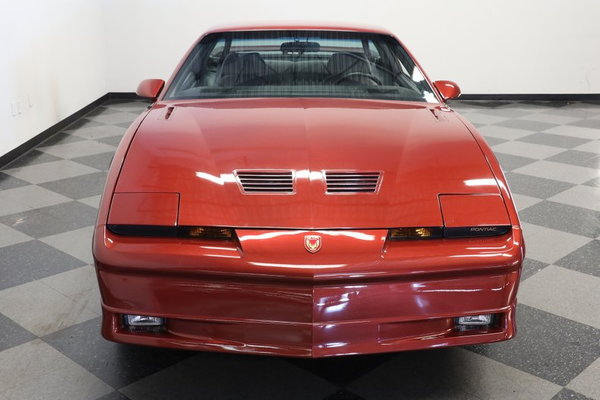 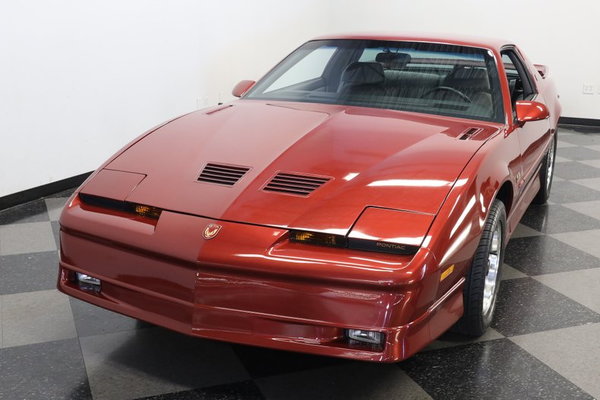 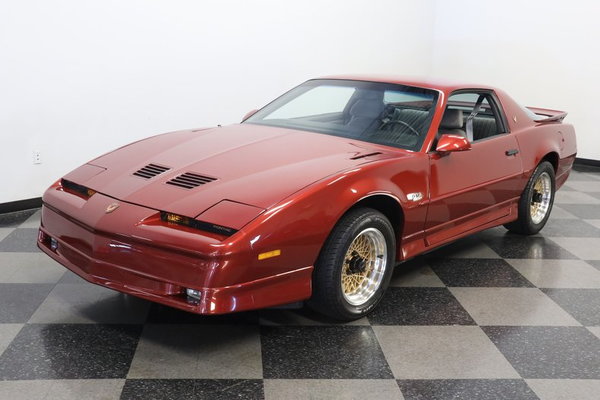 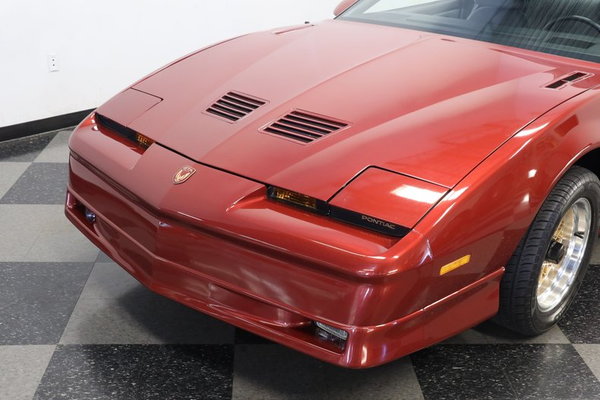 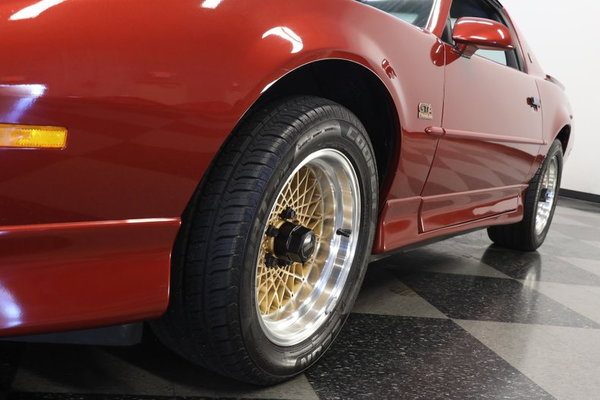 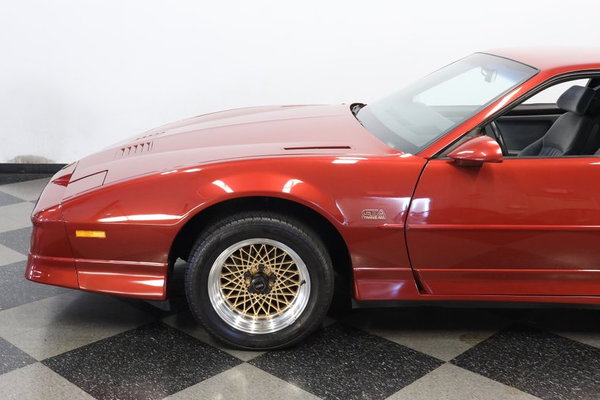 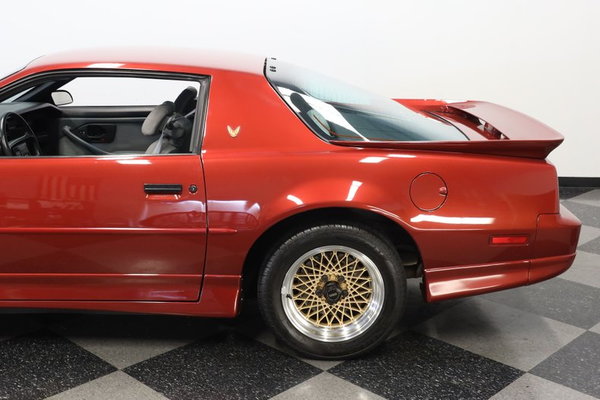 $24,995
Get Financing >
26420 miles
Ad Number: 184383200
Report this ad
Tampa, FL, US
No trades accepted
Streetside Classics-Tampa (Business Seller) RJ Storefront
Share
Save
Msg.
Call
Item description
Now that third-generation Trans Ams are rising in value and considered to be bonafide collectables, this 1989 Pontiac Firebird Trans Am GTA is the crème de la crème. An incredible survivor with just 26,420 believed original miles, this T/A is a blast to drive and gets loads admiring looks out on the road. From any angle, it's an extremely well-preserved T/A in great colors with a long list of factory options. Generation X and older Millennials – come with me back to the days when we were in high school and this GTA coupe was the nastiest car on the block.

The GTA was perhaps the ultimate expression of Pontiac performance in the '80s. A V8 engine, flashy rims wrapped in big tires, big brakes, big wing – it didn't mince words and stood unabashedly for all-out performance. The fact that the F-body shape was still working so well more than nine years after its debut speaks highly of the original design, and few will argue that this isn't a great-looking modern muscle car. With only 3-owners since new, a clean vehicle history report, and extremely low miles, it's one of the finest Trans Am examples we've ever featured. Add in the pedigree of the low-production GTA, and you've got a very special classic car indeed. For a car going on 34 years old, it looks great wearing gorgeous Code WA9535 Flame Red Metallic paint (a factory-correct respray) that appears it was professionally applied in the not-too-distant past, blemish-free ground-effects, and an aggressive wing that perched over those smoked Plexiglass taillights out back. Add in the vented hood and hidden headlights, and you get the nastiest '80s coupe this side of a Corvette. None of it gives any indication of what's going on under the hood, either, so while the GTA was the most potent F-body on the street, today it will definitely catch folks by surprise.

OK, so Pontiac was famous (or maybe infamous) for their over-wrought interiors, but that's all part of the appeal today. The deeply bolstered gray cloth buckets are supportive and comfortable, and show the kind of gentle use that characterizes your favorite cars. The steering wheel is festooned with buttons, as is the dash, but GM stuck to simple analog gauges that worked better for performance driving than the digital setup from just a few years earlier. Of course, being the 1980s, there's a monochromatic black finish on all the dash and center console surfaces, but like the bodywork, that was simply the fashion at the time and all it's all in excellent condition. The GTA also came loaded with just about everything, including A/C, power windows and locks, cruise control, a tilt wheel, and power mirrors, and of course, the automatic transmission that was the "A" part of GTA. An AM/FM/Cassette stereo was part of the package, too and it includes an '80s perfect graphic equalizer, so dust off your old Bon Jovi tapes and get ready to fight off the groupies. The back seat area is exceptionally clean despite being America's most popular love nest of the 1980's, and the neatly tailored hatch area shows practically zero wear and still includes the original space-saver spare and jack assembly underneath.

The 5.7L TPI L98 V8 was a desirable engine in 1989, and putting it in an F-body made it competitive with the mighty Mustang 5.0. With 225 horsepower on tap, it was a strong runner and the bulletproof Chevrolet tuned-port fuel injection system is famous for torque output. The engine bay is tidy and incredibly well-maintained, with easy service access and signs of regular maintenance throughout. Underneath, the 700R4 4-speed automatic shifts quickly enough to make it seem like second gear is connected to your right foot, and it slices through traffic with ease thanks to the engine's fat torque curve. The stock exhaust system gives it an unbeatable note up-and-down the throttle, and with power steering, power 4-wheel disc brakes, and a sporty suspension that includes big sway bars fore and aft, this GTA is an absolute blast to drive. And for the perfect '80s performance look it rolls on its original, WS6-spec gold 'snowflake' alloys wearing new 245/50/16 Cooper Zeon Sport performance radials.