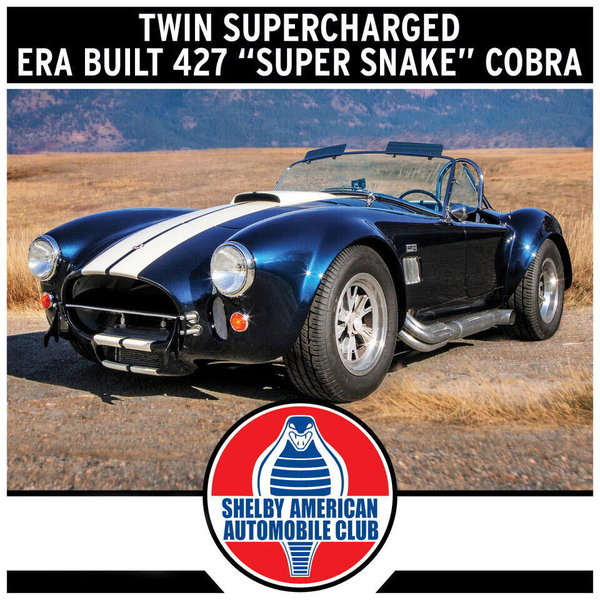 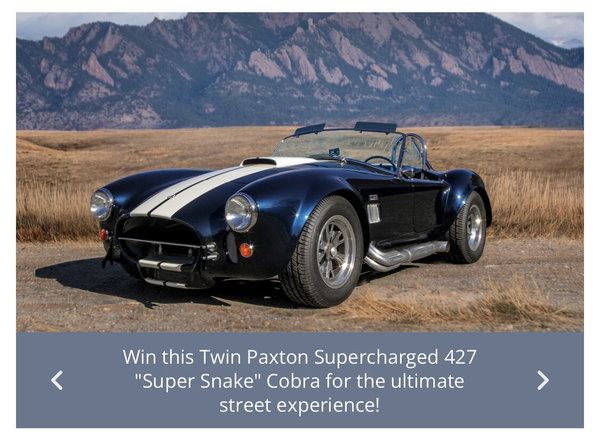 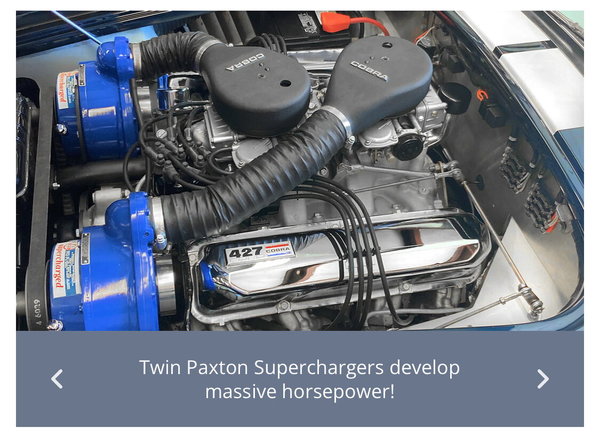 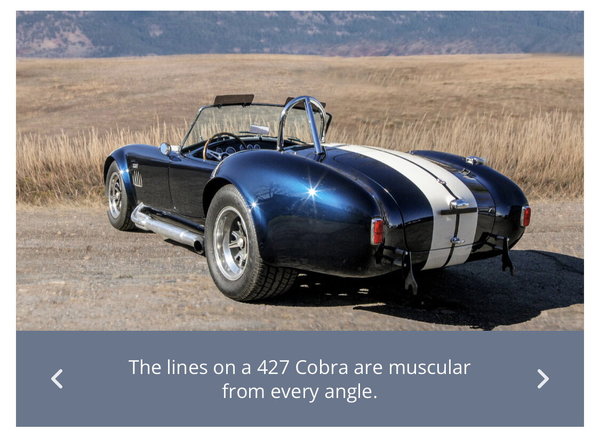 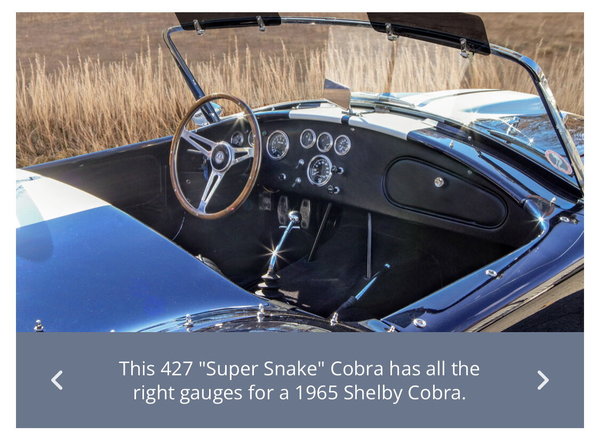 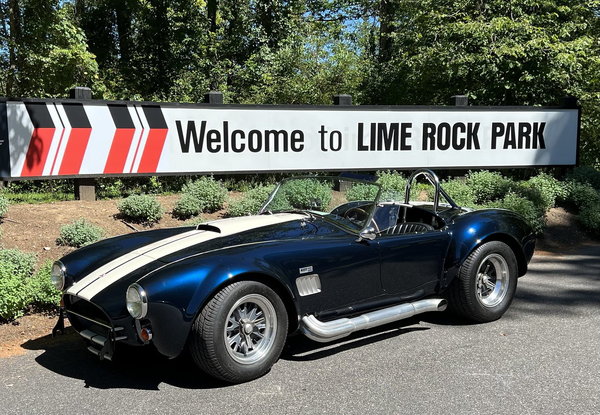 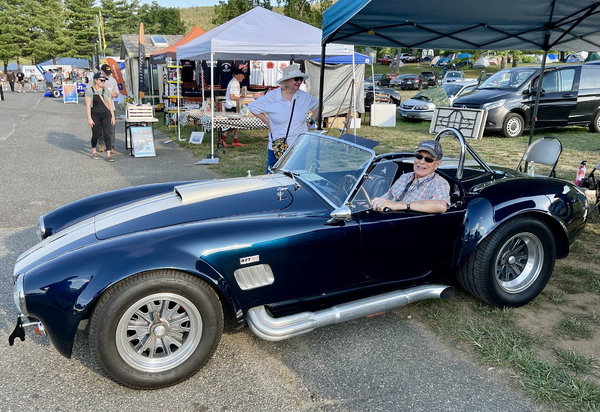 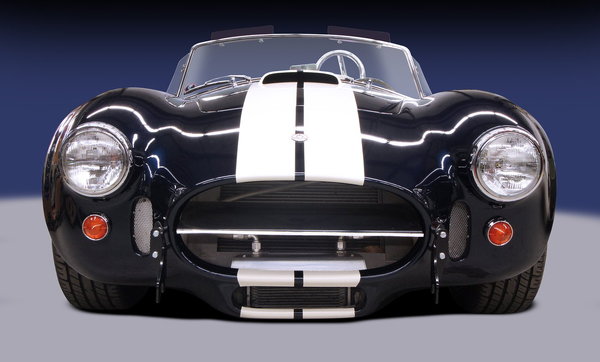 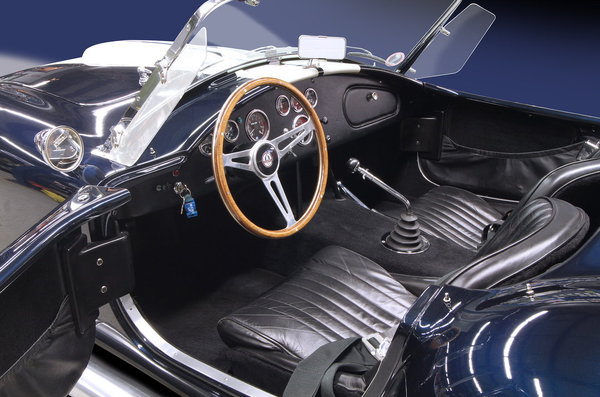 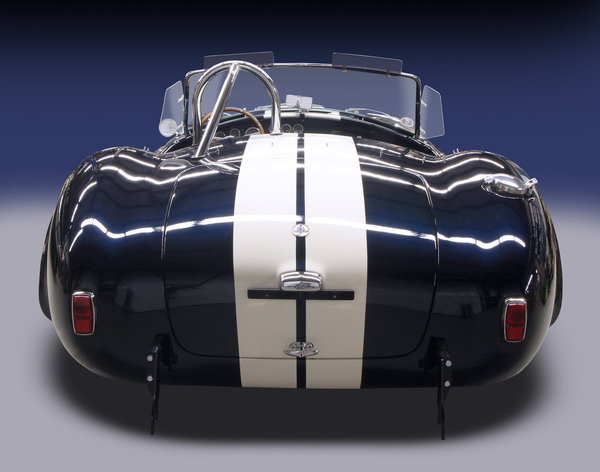 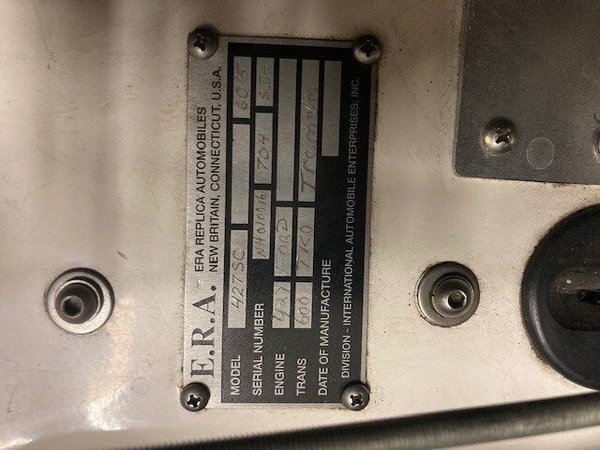 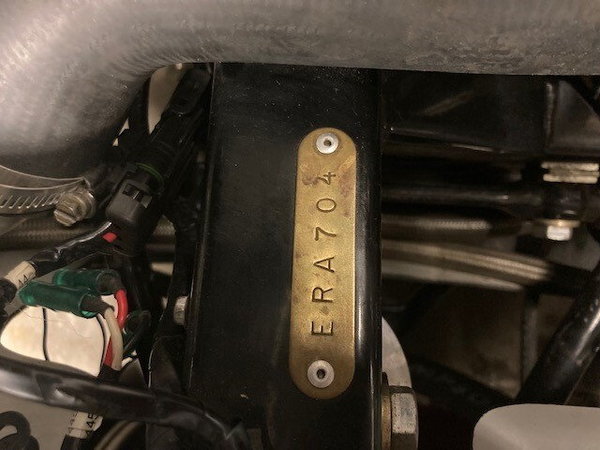 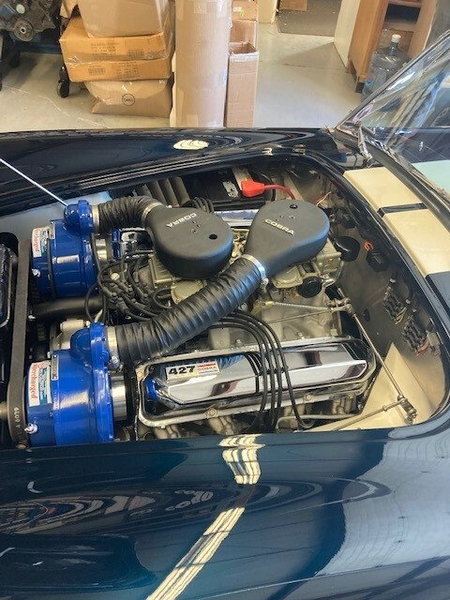 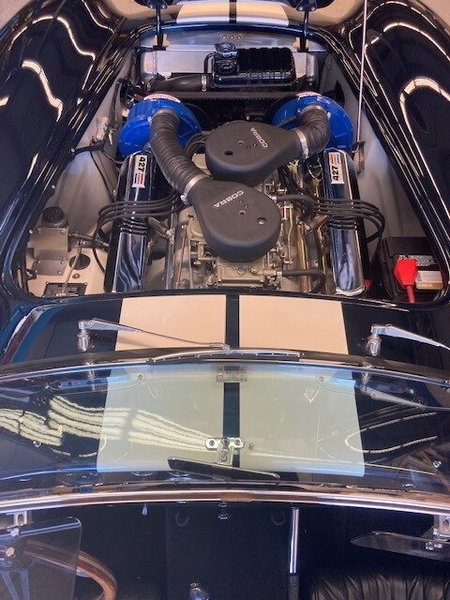 Enter Today and You Could Take Home this Awesome Twin Supercharged 427 Cobra by ERA and prepared by Cobra Automotive .... CLICK BUY IT NOW TO ENTER

Carroll Shelby made automotive history in the 1960s with the creation of the Cobra. The pinnacle of Cobra performance was the ;427 Super Snake;. Two such examples were custom built, one for Carroll himself and one for the then popular comedian, Bill Cosby. They say the ultimate form of flattery is replication and many companies over the years have been producing replica and continuation Cobras. ERA Replica Automobiles in New Britain, CT was one of the first to produce a Cobra worthy of the legend and today is still recognized as one of the best replica builders. This millennium built ERA 427 & Super Snake Cobra is outfitted with a durable fiberglass body and is powered by an early 427 engine stroked to 454 cu.in. The engine is outfitted with Edelbrock aluminum heads, a medium riser intake with matching 1964 Ford 427 dual quad Holley carburetors and an aluminum Cobra oil pan. The Super Snake optioned engine is fitted with period-correct twin SN60J Paxton superchargers and proper Cobra lettered carburetor bonnets. All this power is delivered via a Tremec TKO 600 5-speed manual transmission and Jaguar independent rear suspension with inboard disks.

ERA #704 is beautifully finished in Deep Metallic Blue with competition white stripes, hood scoop, thermal coated side pipes, chrome roll bar, competition Monza gas cap and bumper eliminating jack pads. Cobra Automotive has designed and engineered a compact version of the twin Paxton setup that allows the use of a standard S/C hood scoop for a more eye appealing look without the obtrusive big bulging hood scoop on the original Shelby Super Snake Cobras. The interior features period black seats, black carpet, Stewart Warner gauges and Moto Lita wood wrapped aluminum steering wheel. The car has had only one owner since being prepared by Cobra Automotive, one of the foremost Shelby race and restoration shops in the USA.

The Shelby American Automobile Club. SAAC is an international organization that was founded in 1975. It was originally dedicated to the preservation, care, history and enjoyment of the world championship cars from Shelby American and the cars they have inspired from 1962 to today. Those goals have not changed. Ownership is not required for membership—just enthusiasm.

Every large automobile marque has at least one organization for owners and enthusiasts. The cars that Carroll Shelby built between 1962 and 1970 are no different. SAAC has been in existence since 1975 and has published award winning magazines, newsletters and books since then.

The club is recognized as the undisputed authority on the history and legacy of these cars.

Classic Cars
Is the ’73 Plymouth ‘Cuda the Most MOPAR Car Ever?

Classic Cars
Is the ’73 Plymouth ‘Cuda the Most MOPAR Car Ever?