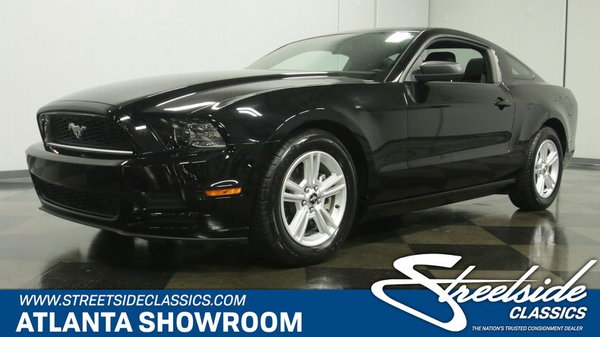 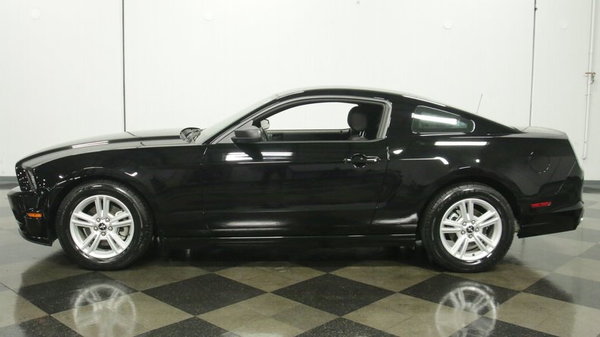 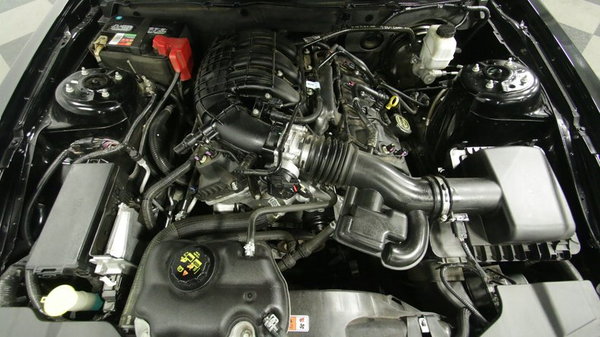 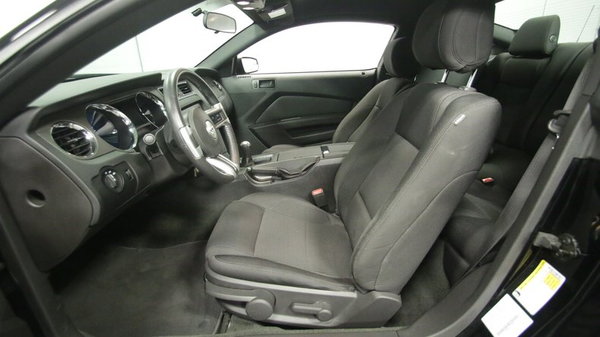 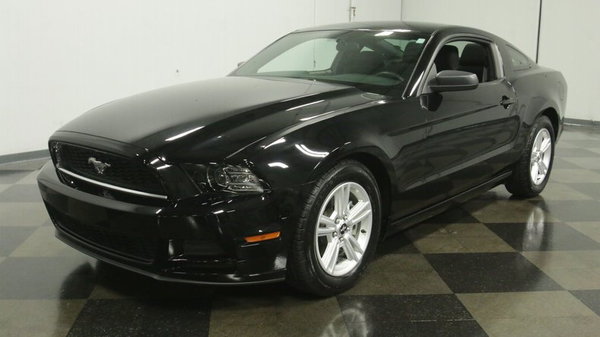 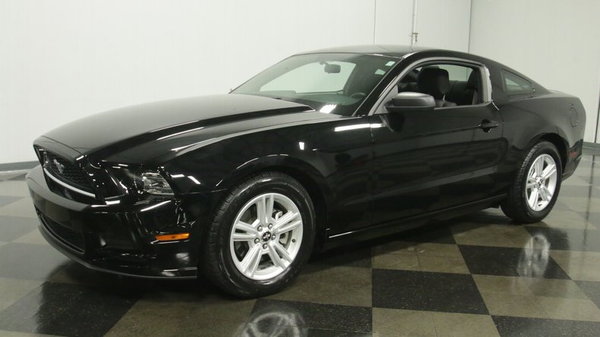 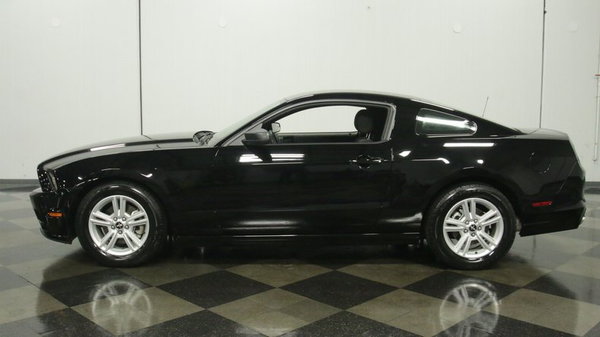 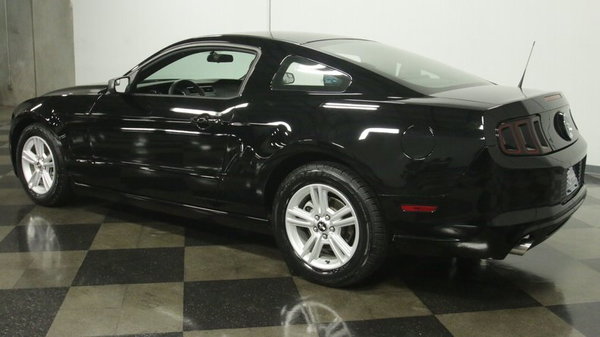 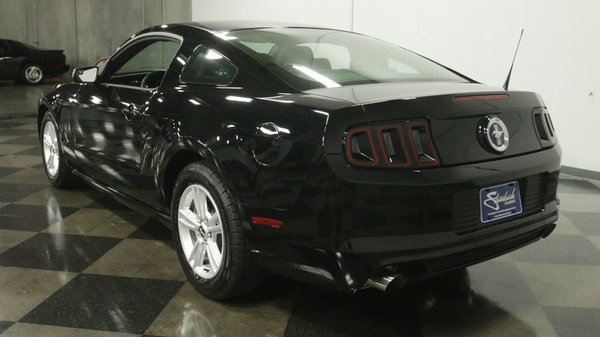 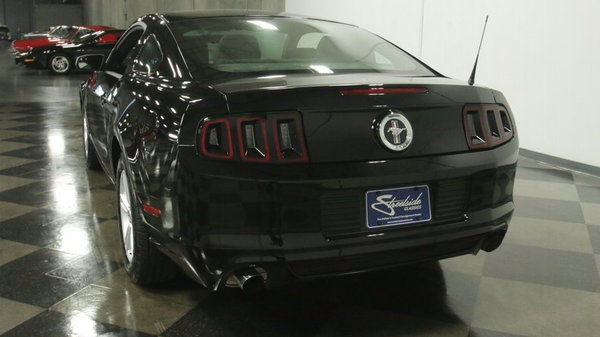 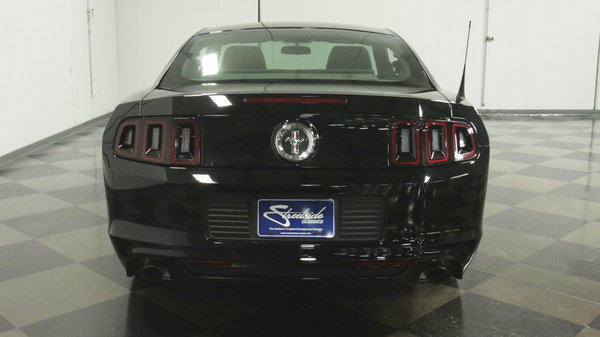 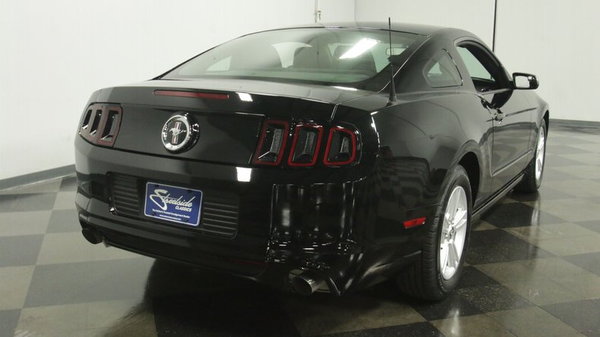 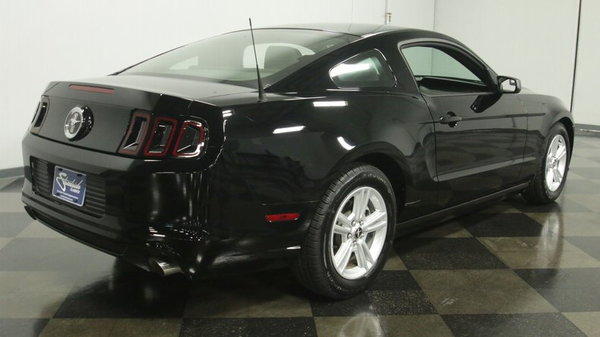 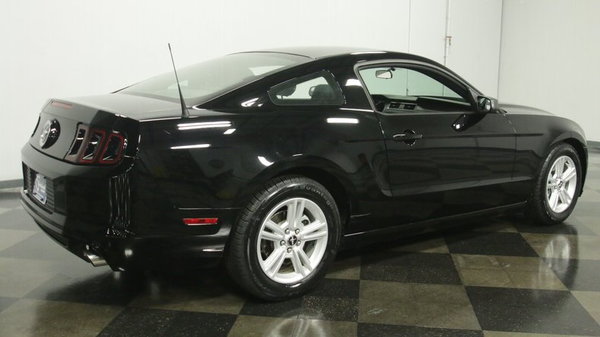 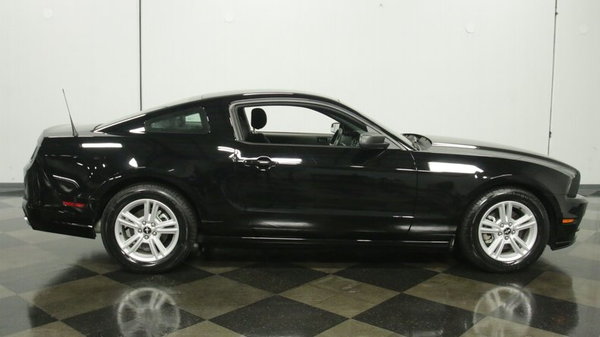 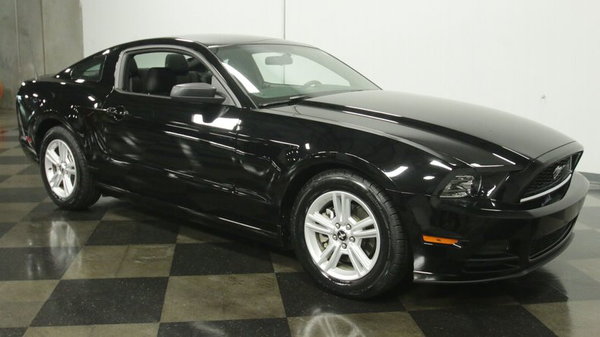 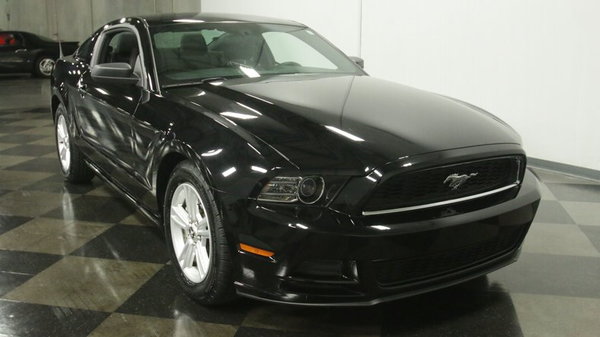 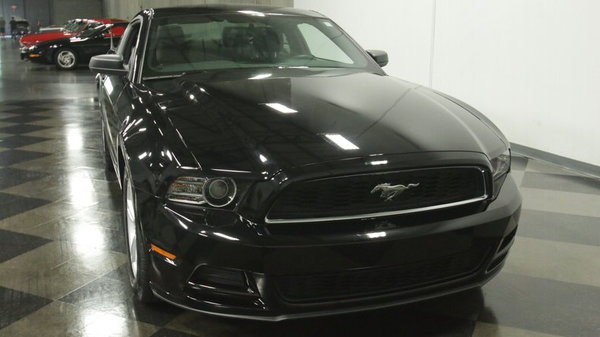 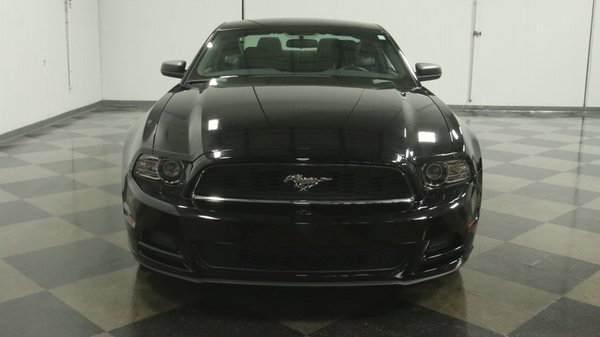 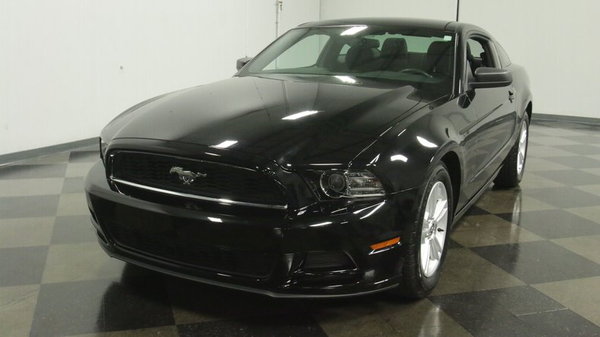 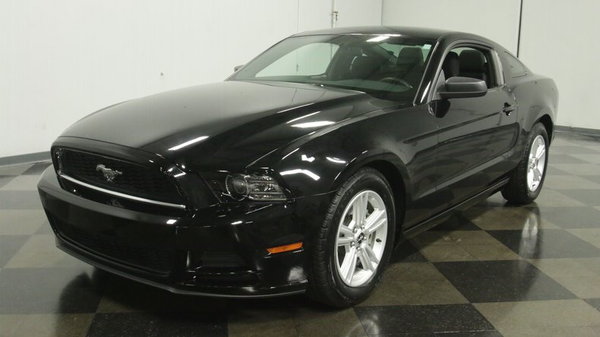 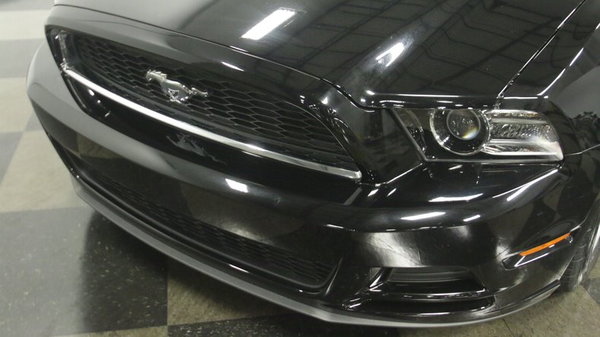 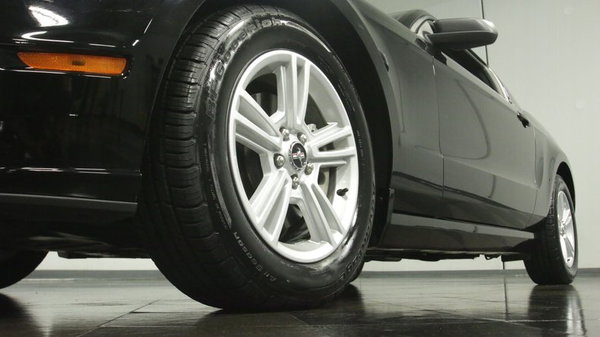 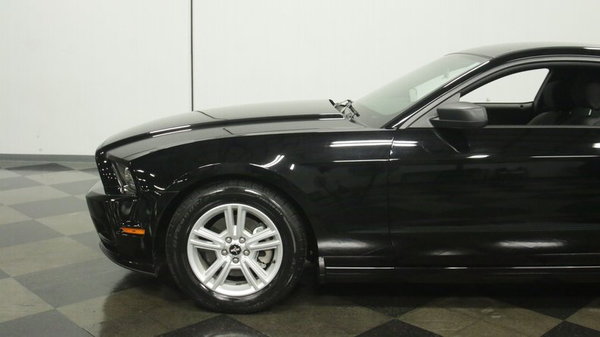 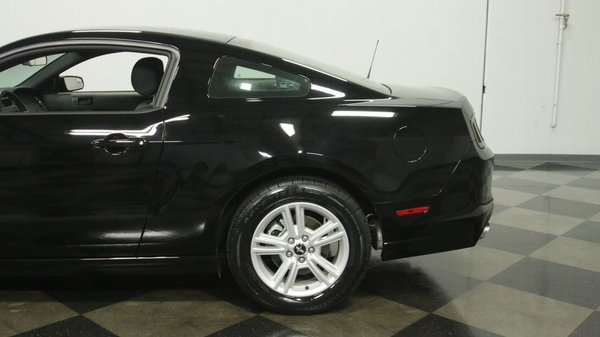 $21,995
Get Financing >
29693 miles
Ad Number: 184368517
Report this ad
Lithia Springs, GA, US
No trades accepted
Streetside Classics-Atlanta (Business Seller) RJ Storefront
Share
Save
Msg.
Call
Item description
This 2014 Ford Mustang brings together an impressive package of sleek, loaded, and powerful - all presented with the modern classic style you can fully enjoy. And yes, you did spot a six-speed stick on this pony car coupe.

You're looking at a one-owner low-mileage car, and so it's already quite attractive for its fundamentals. The factory black paint has an eye-catching style that shows good care and less use. And the dark color coordinates well with the grille, headlight housing, and rear panel for a touch of sinister style. And we like the way it also draws attention to the contrasting brighter elements like the pony in the grille and the 17-inch alloys. We also like seeing a stock 2014 Mustang because it has a lot of collector potential. After all, fans know the first ones are really 1964.5 models. So while the official 50th special edition cars came from the 2015 model year, this feels like the true golden anniversary car.

The interior is quite a nice reminder about how low-mileage and one-owner cars are sought-after for their level of care. And it's not just the big things like the condition of the seats or the smoothness of the dash that feel like-new. There aren't any big scratches around the shifter or ignition. And show that this wasn't just a commuter where the owner was thoughtless in his actions. This was used as a pleasure driver. And that makes sense with its loaded level of relaxing features. This includes air conditioning, power windows, power locks, keyless entry/alarm, power mirrors, cruise control, dual front airbags, side airbags, a cup holder center console, and a modern AM/FM/CD stereo with aux input and steering wheel controls. And not only do you have the buttons on the steering wheel, but it's on a tilt column to get a terrific view of the retro-cool gauges.

Under the hood is the 3.7-liter fuel-injected powerhouse. The V6 motors do not always grab the headlines, but you should really take some extra time with this one. It's a dual-overhead camshaft powerhouse that's so modern its engine family is still in use today. Ford has put its future firmly in the hands of the six-cylinder and this is part of the base for that. So you have a 305 horsepower motor, which is about 35% more than you got from the famous 5.0 Fox body Mustangs. Starting to get the full picture? You not only have a modern motor, but you're also going to be impressed with the power it brings to the streets. And you even get to fully harness this power with the rarely-seen six-speed manual transmission. Out on the road, it has the crisp feeling of a low mileage machine, and it has all the best features, for any-time driving like power steering, traction control, and four-wheel power disc brakes with ABS.