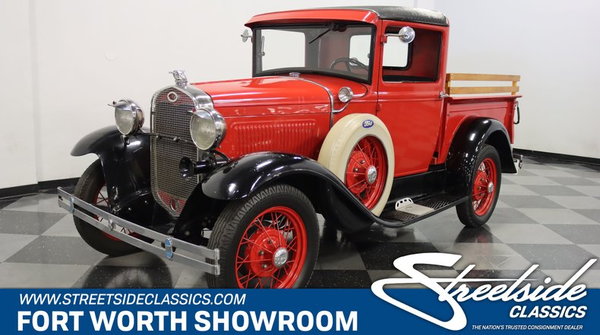 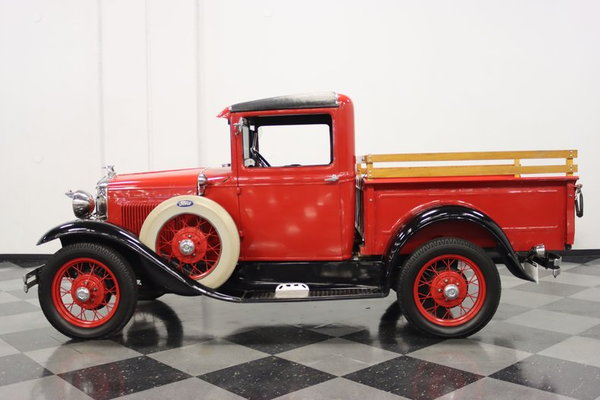 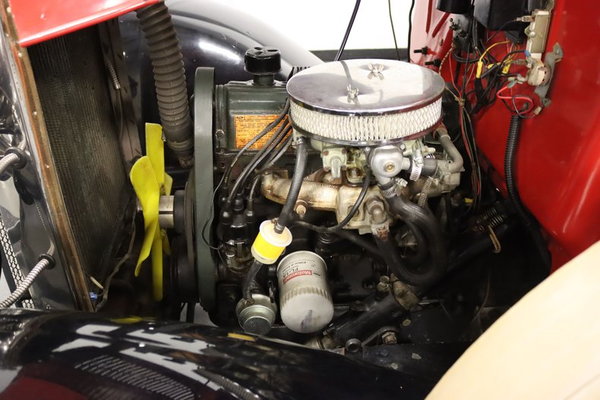 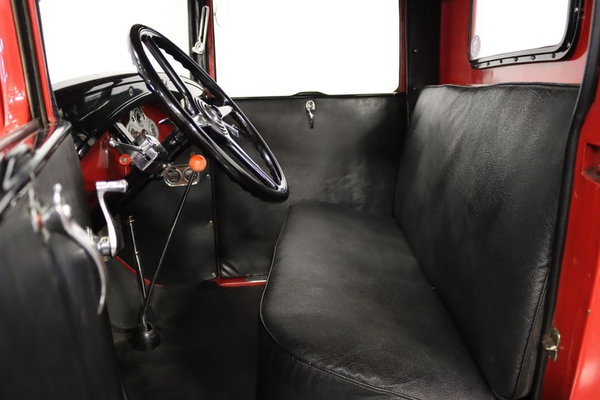 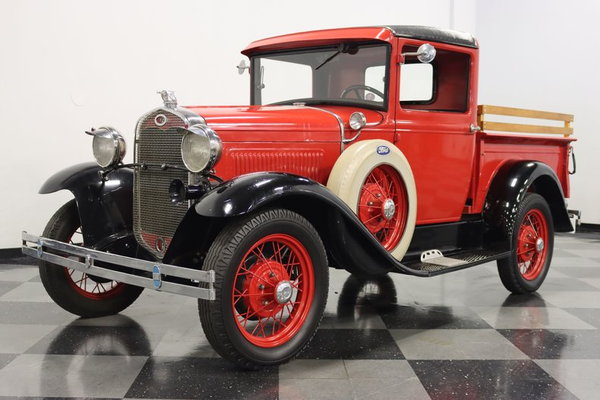 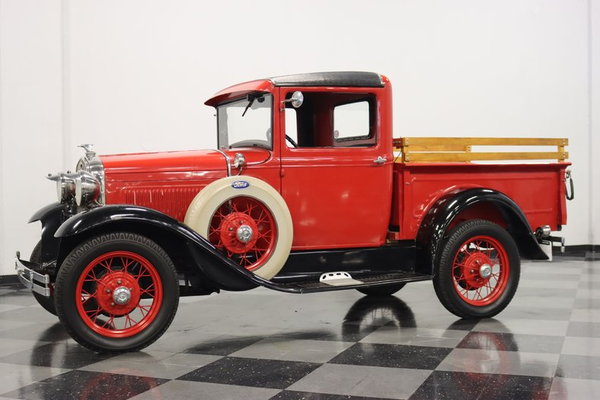 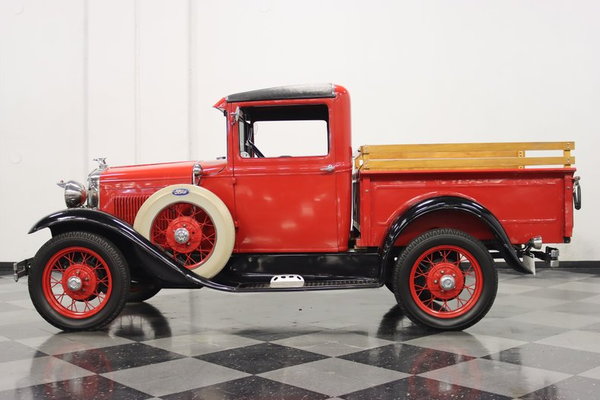 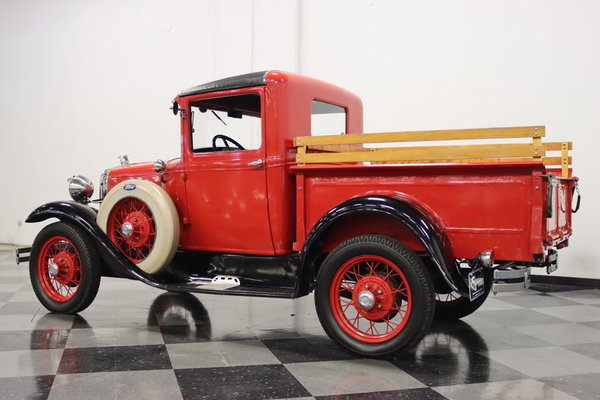 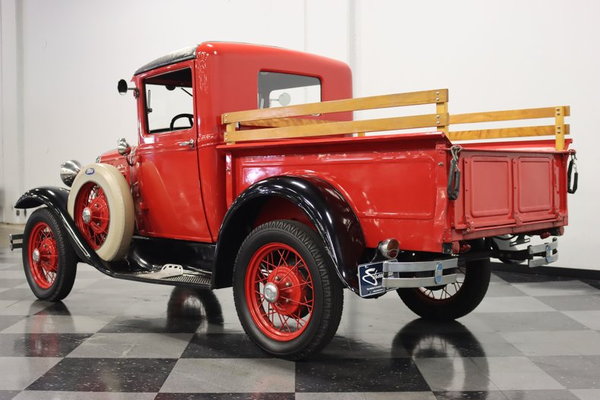 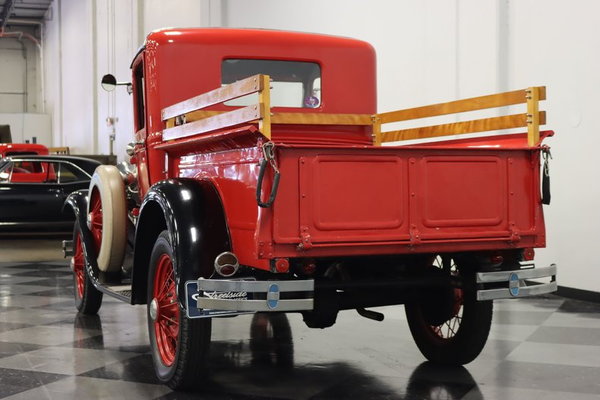 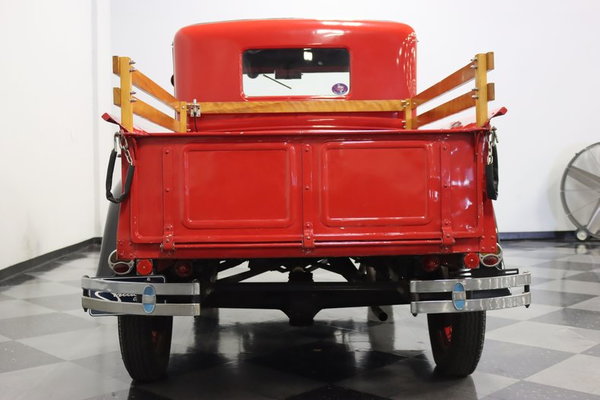 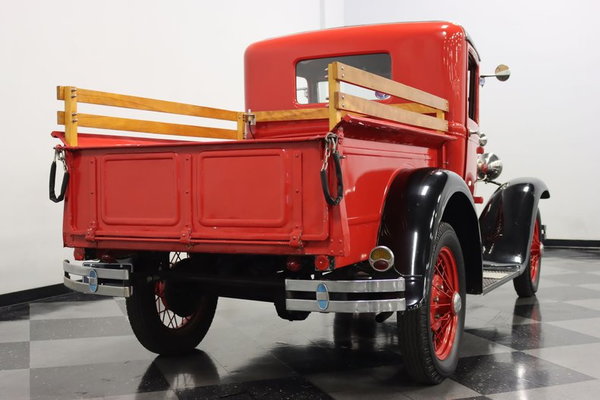 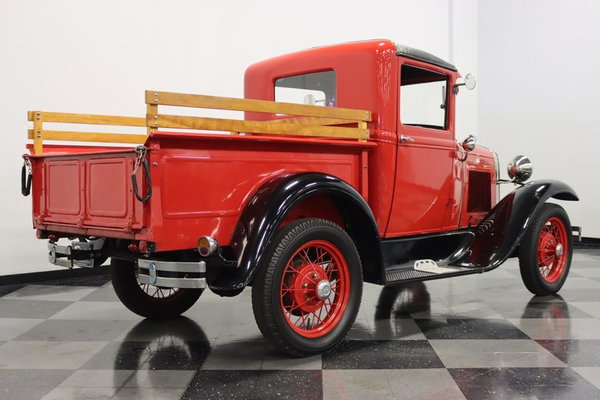 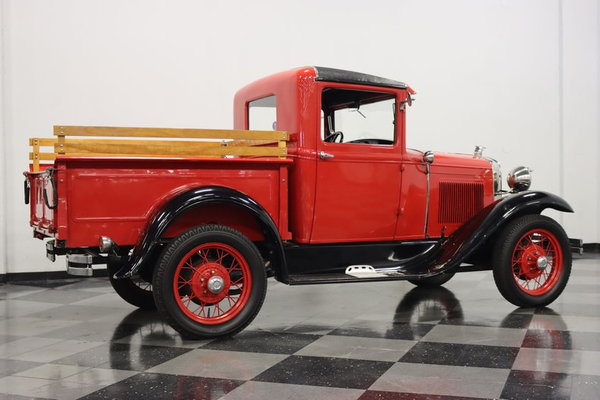 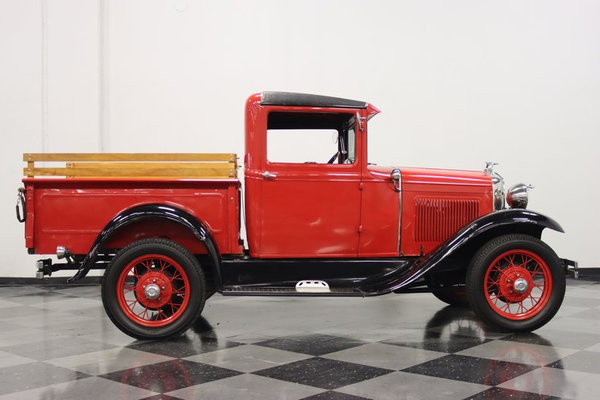 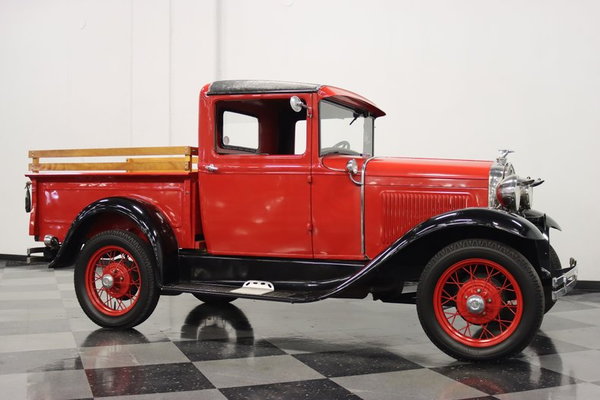 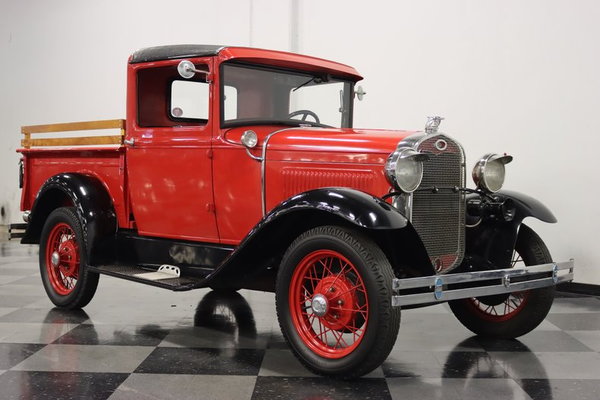 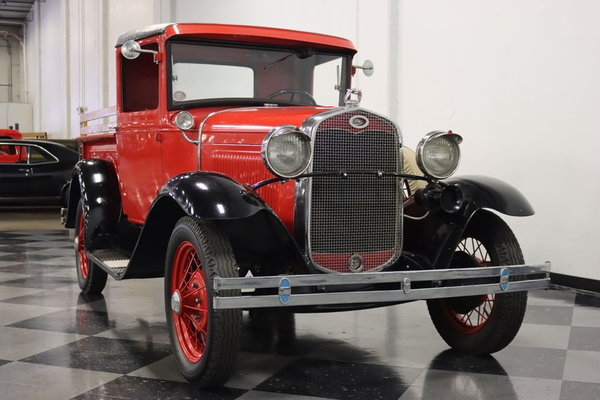 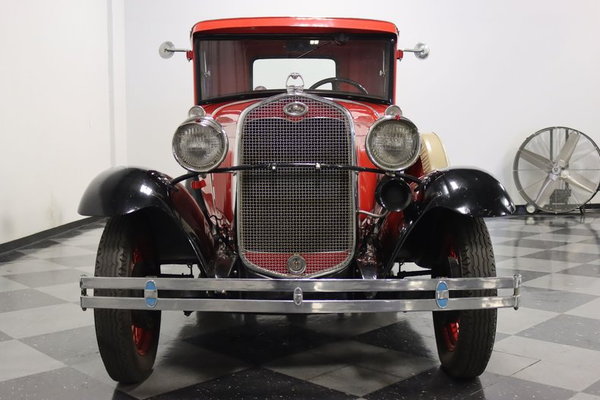 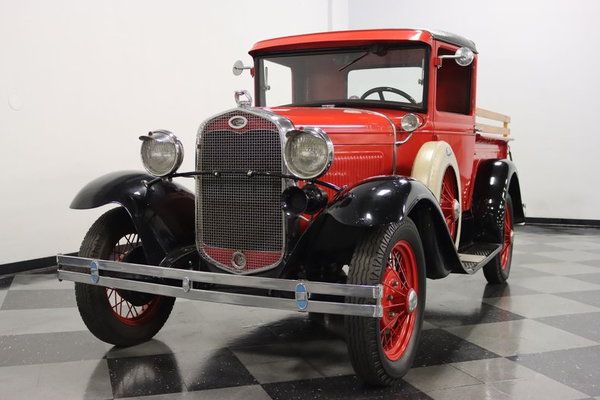 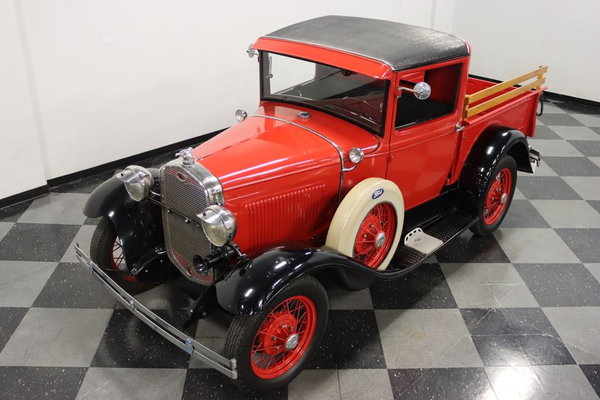 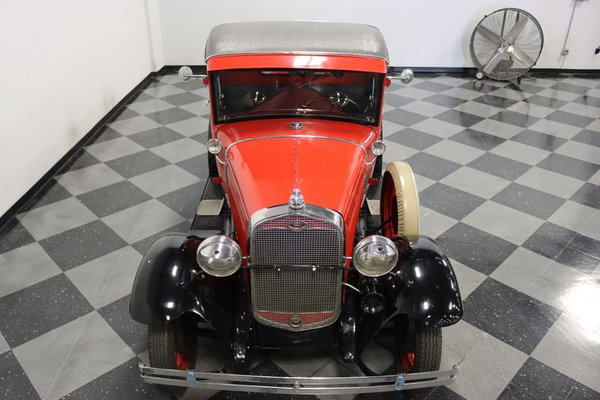 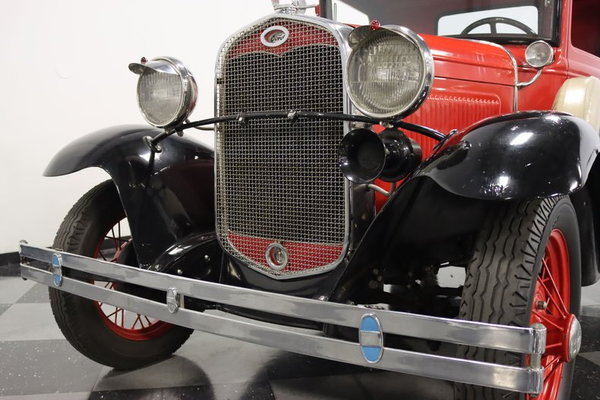 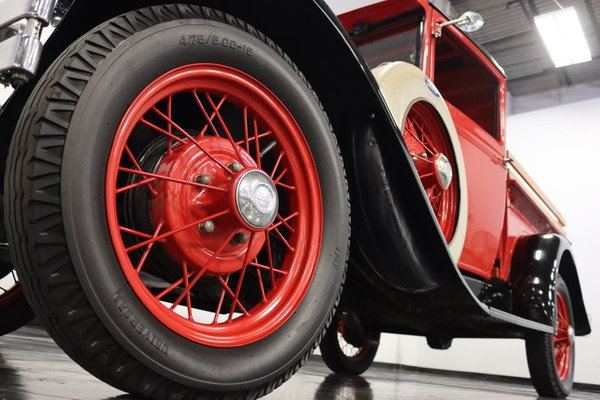 $24,995 Get Financing
Business Seller - Streetside Classics-Dallas/Fort Worth
FORT WORTH, TX , US

The Model A certainly had some enormous shoes to fill. Its predecessor, the Model T, was a runaway success, revolutionizing the automotive industry and selling more than 15 million units during its run. So, when Ford closed down its assembly line to retool for its new model, it remained to be seen whether or not they could make lightning strike twice. Turns out, they could. The Model A was an instant sales hit in its own right, appealing to an increasingly savvy car buying public infatuated with its improved comfort, power and reliability. This 1931 Ford Model A Pickup is a rare gem that's been beautifully restored and serves as an impressive, rolling reminder of a pivotal time in America's automotive history.

Restored to an impressive appearance with its two-tone, red and black paint, this Model A represents its model exceedingly well. Whereas the venerable Model T was intended to get you from Point A to Point B, the Model A was designed to do so IN STYLE, and even with its more utilitarian purpose, this pickup has a decidedly more user-friendly appearance - with its increased width, larger cabin and overall sturdier look. Despite being more than 90 years old, it's a capable-looking vehicle, and you'll have no problem picturing it tooling down an unpaved road to deliver goods to a waiting public. Restored to a strong driver quality, the truck has a lot going for it: the paint is in good condition, the chrome on the elaborate front grille shines bright, front and rear bumpers are clean and unpitted, and the glass on all four sides, including the signature undersized rear window, is very clear. Direct your gaze a little higher and you'll see that the black vinyl top and sun visor, usually the first areas to suffer from UV damage, show no fading or wear.

The interior reflects the same theme as you see outside - retaining the original configuration and impressively restored. The Model A was the first Ford to feature a closed cab and rolling side windows, and you can see how those advances have conferred a relatively modern look to the cabin. The bench seat is plushly padded and unmarked, covered in black vinyl that's matched by the door panels on each side. Just beyond the stock steering wheel, the charmingly simple instrument cluster, featuring an awesome latitudinally-positioned speedometer, sits impressively restored in the red steel of the dash. In a nod to increased functionality, turn signals and wiper blades have been added, and a marble shift knob was added to the 3-speed manual shifter in the floor. In back, the bed shows no evidence of shifting cargo or other mishaps, and is lined with red-painted wood to match the body.

A swapped-in Ford Pinto 2.0L Inline 4 motor looks quite authentic under the hood outfitted in olive green enamel on the block, with spark plugs boldly on the side, a large yellow fan at the front, and small carburetor tucked underneath a chrome open-element air cleaner up top. A modern alternator provides immediate spark, while the side manifold leads into a throaty exhaust with the perfect antique note. With a good idle, effective brakes, and crisp shifts of the three-speed transmission, this one has a feeling of quality you want in a driver's car. This veritable museum piece sits on a set of bright red 19-inch spoke rims, outfitted with 4.75 / 5.00-19 blackwall tires.

If you're looking for an impressively restored testimony to early 20th Century American automotive ingenuity, you really have to see this impressive 1931 Ford Model A Pickup. Call today!
View Full Description