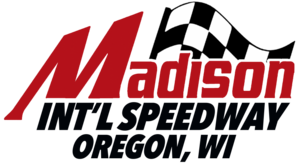 "Wisconsin's Fastest Half Mile" opened in 1969 and hosts NASCAR Advance Auto Parts Weekly Series action every Friday night along with visits from the USAC Silver Crown Series, ARCA Midwest Tour Super Late Models and a host of other regional traveling series. In addition to the big half mile, the 'Ring of Fire' quarter mile track was added in 2006 and in 2016 MIS started holding 300' Street Drag events on the second Thursday of each month, attracting over 200 bracket entries per night.