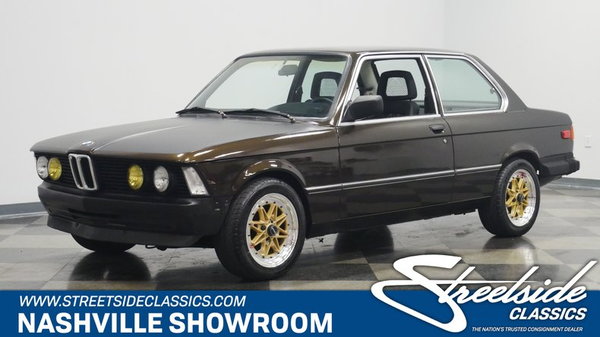 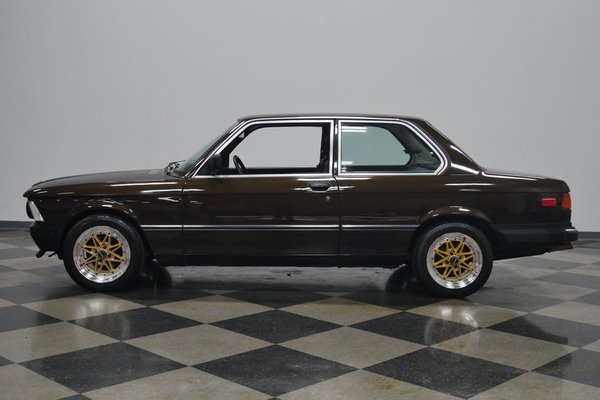 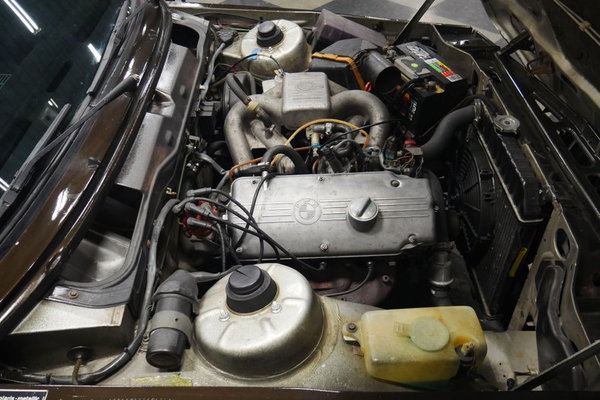 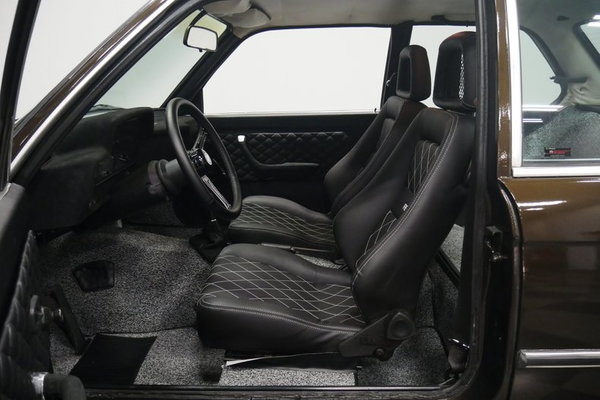 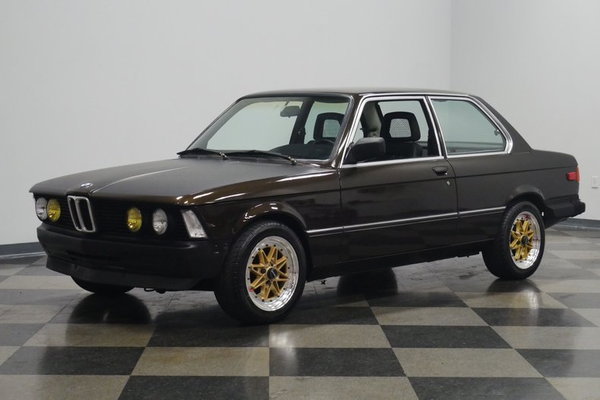 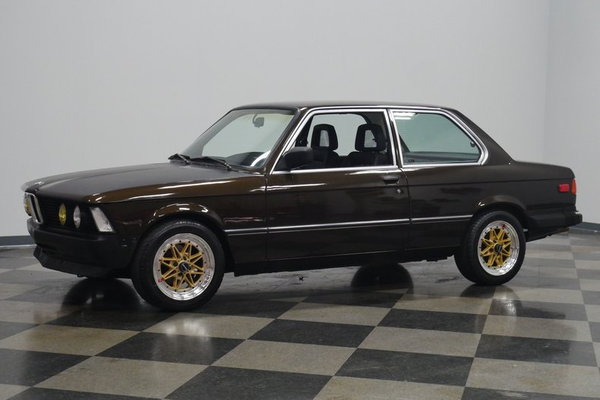 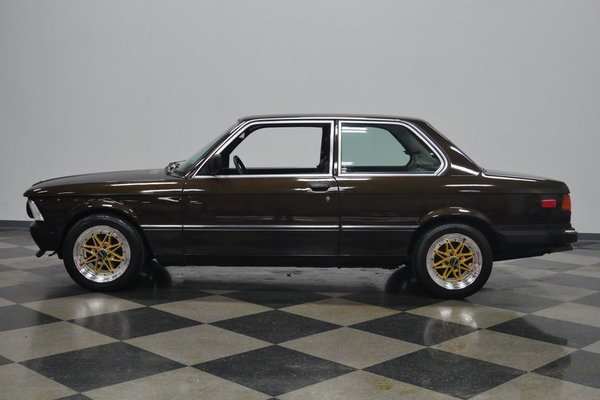 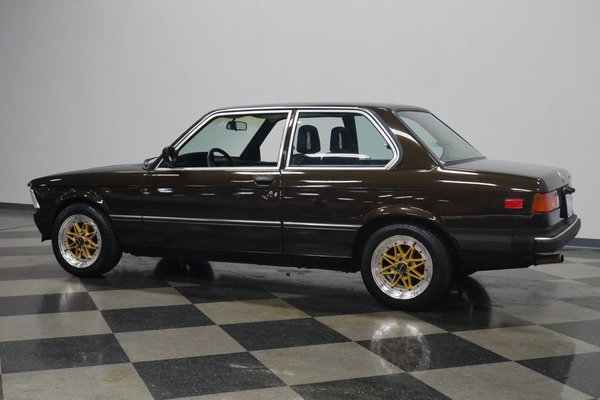 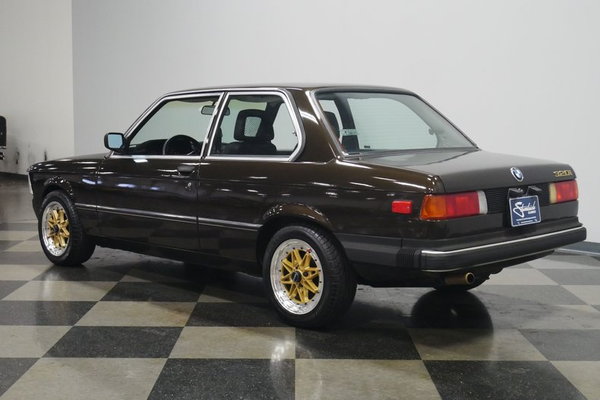 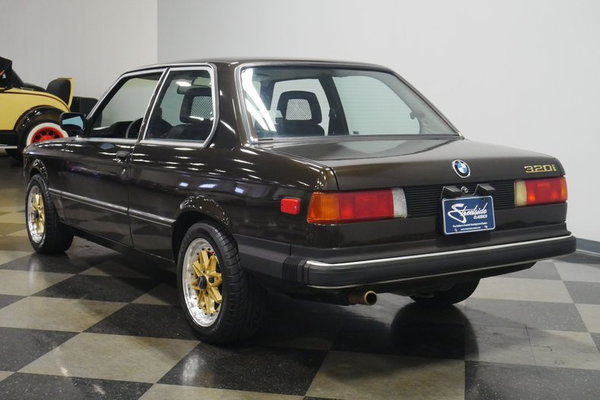 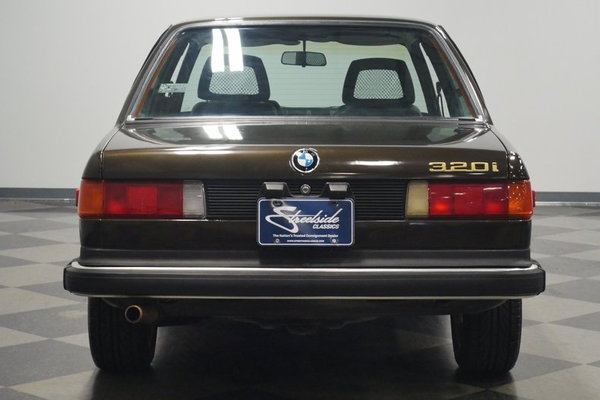 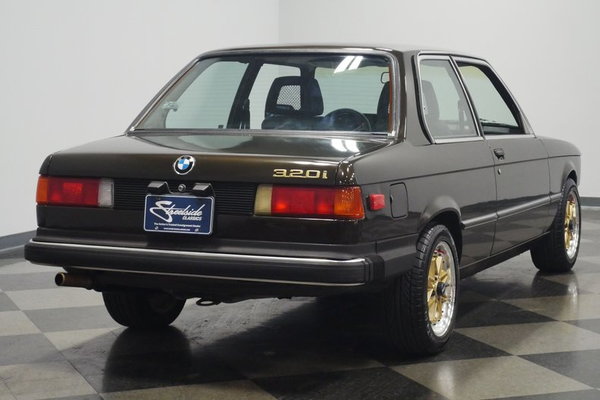 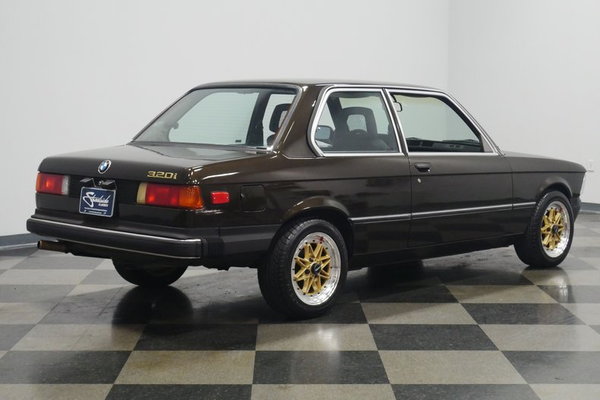 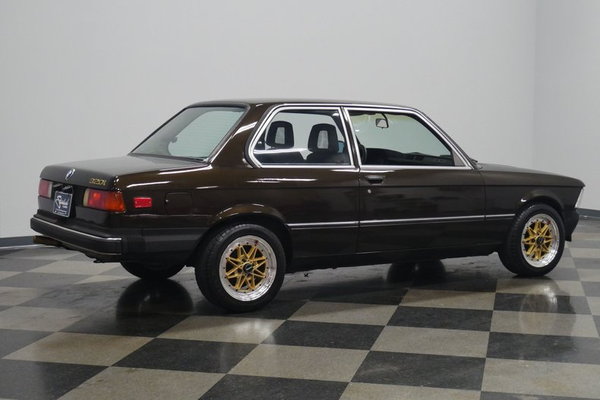 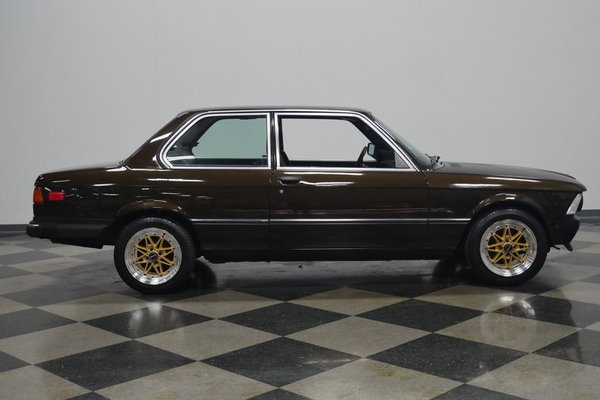 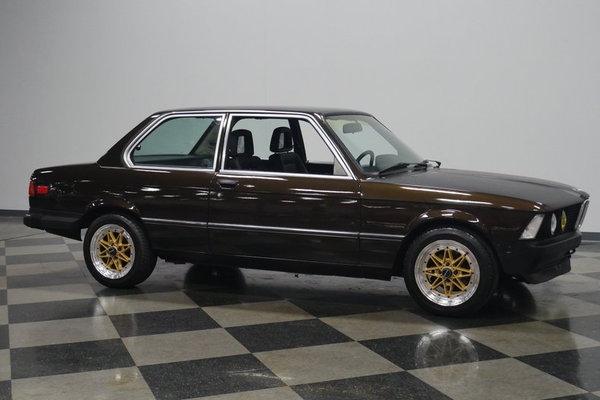 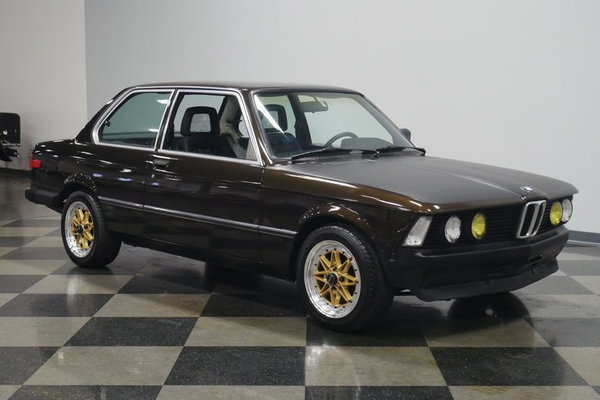 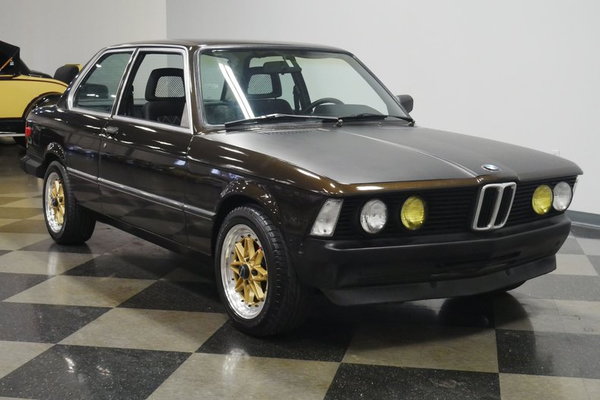 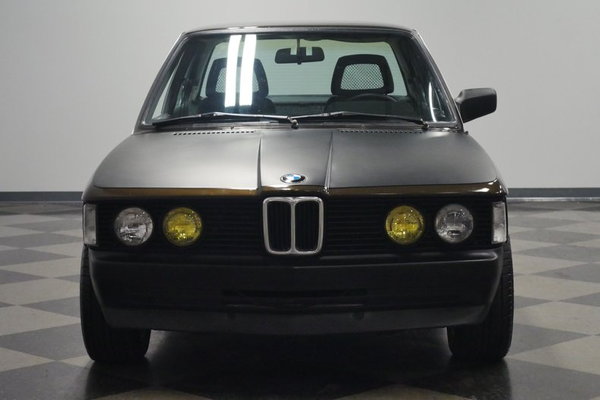 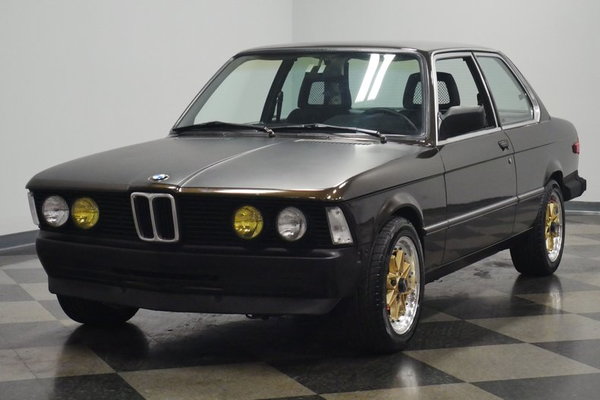 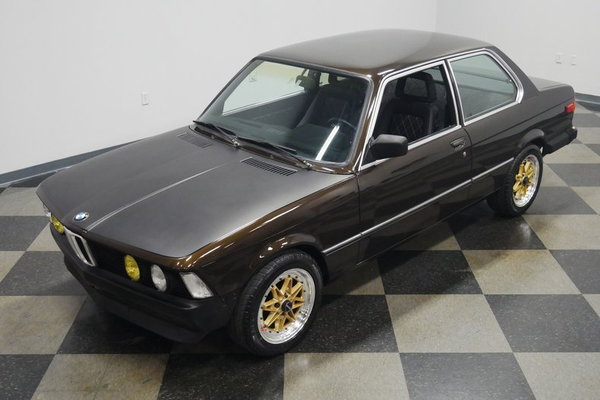 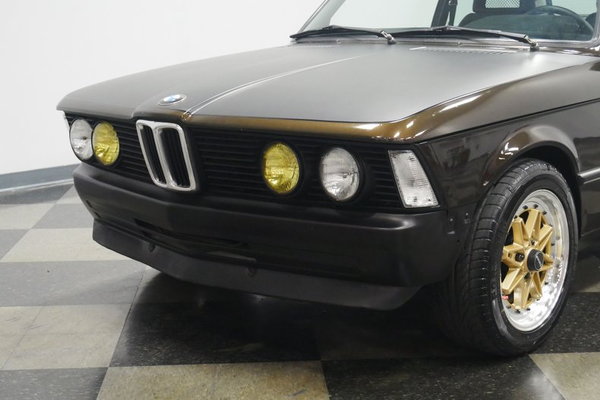 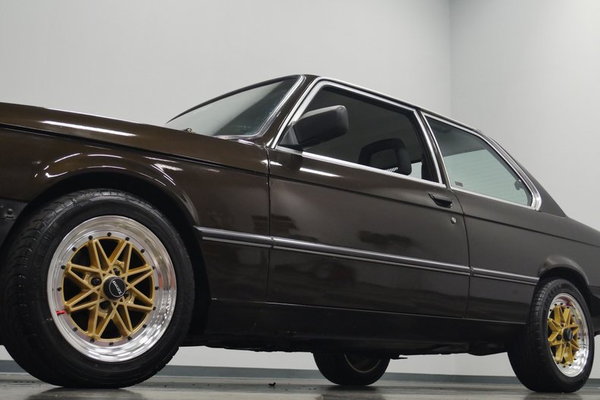 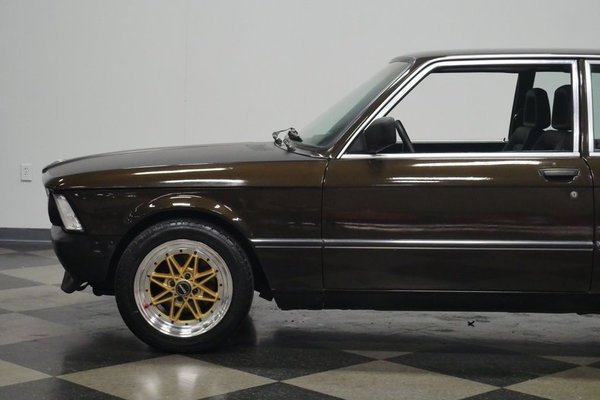 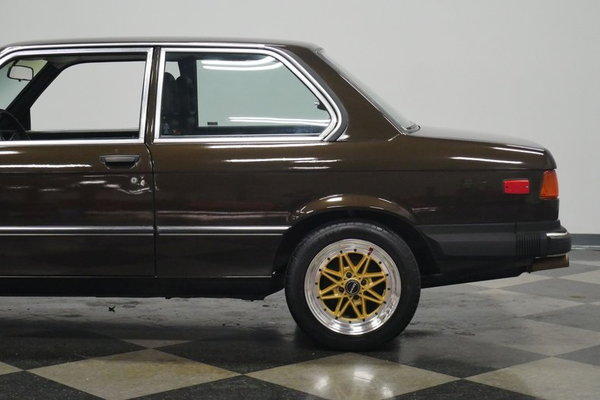 This 1981 BMW 320i is a terrific find. It's a first-generation 3-Series, which is really starting to heat up on the classic car market, and this example loves to maximize its European style and driver-focused appeal.

We like the first-generation 3-Series because it was a bridge in the BMW lineup. It was the car that gave us some more substance without straying far from the style or experience that made us fall in love with the 2002. You especially see that in this example with its custom details. The deleted front bumper makes this look more like an early 2002, and it has a cool blackout style that continues on the grille and hood wrap. The rest of the car is done in an attractive mocha brown with a nice touch of metallic. The finish has a nice golden glow that goes with the gold badging and upgraded 15-inch alloys. Yellow fog lights, clear corner lights, and a tucked rear bumper continue this car's custom presentation. The overall look is a crisp and clean driver with a better hint of European style.

BMW's motto of The Ultimate Driving Machine is rooted in places like the interior. This has been customized to be a no-nonsense affair that never distracts you from the road. The clean carpeting highlights the car's weight-saving diet, including the rear seat delete. The front seats have been upgraded to terrific-looking Recaro units that have been engineered for an upgraded driver experience. There's also an upgraded sports steering wheel and a full set of VDO gauges with a large speedo and tach. Being lighter and more focused doesn't mean missing out on style. That's why the diamond pattern on the seats is continued on the doors, and the modified dash has been flocked for a soft and smooth appeal.

Part of why this gives us the great classic BMW feeling is because of what's under the hood. The 1.8-liter four-cylinder is the same M10 family as cars like the 2002. This was part of the final evolution that includes Bosch electronic fuel injection. There are even some nice supporting pieces, like the electric fan, a new O2 sensor, new NGK spark plugs, and a tool to adjust the Bosch FI system. And the moment you hit the road, this reminds you why this was arguably the best era for BMWs. That's where the four-speed manual really lets you get the most out of the motor. And the fully independent suspension has been given some terrific investments within the last 1k miles. This includes rebuilt rear half shafts, about $550 in a front-end rebuild, and new shocks all the way around. Add in power brakes, front discs, lowering springs, and grippy sport tires, this BMW makes you feel one with the road.

This is the first-gen 3-Series that has been upgraded to be a better European and the kind of car that lives up to The Ultimate Driving Machine. Call today!!!
View Full Description