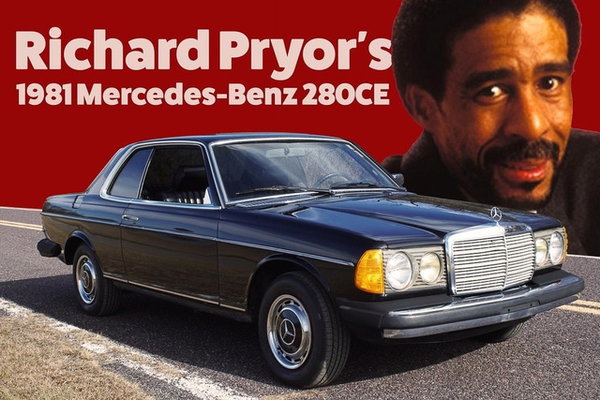 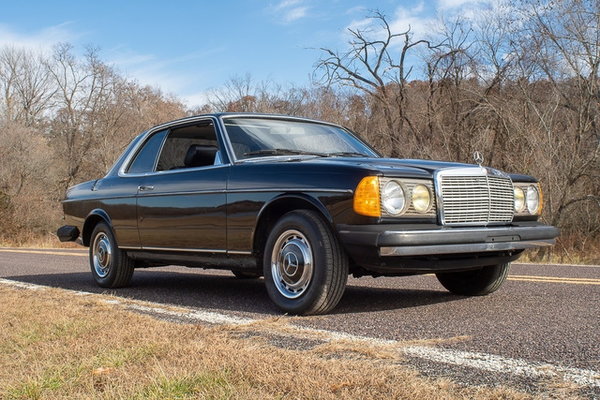 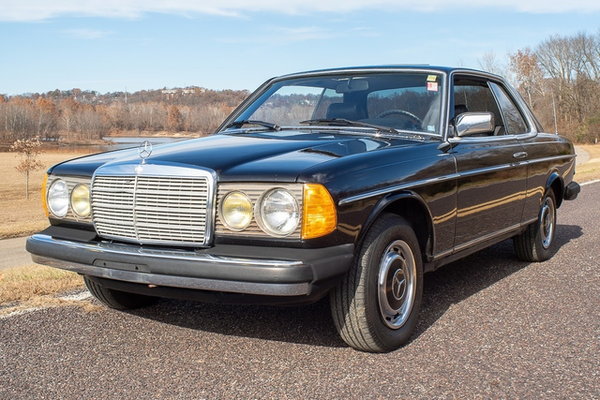 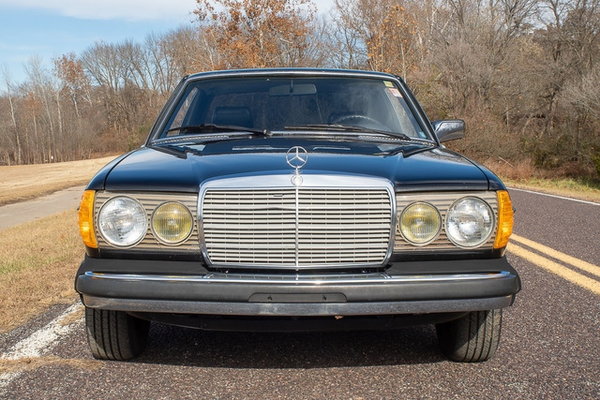 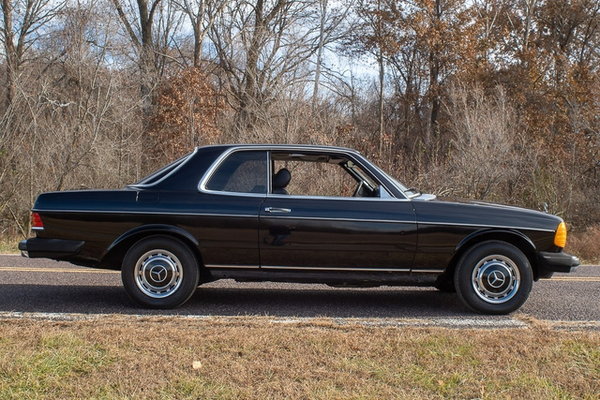 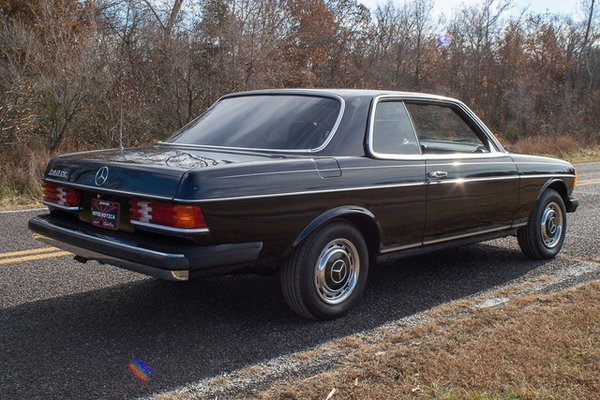 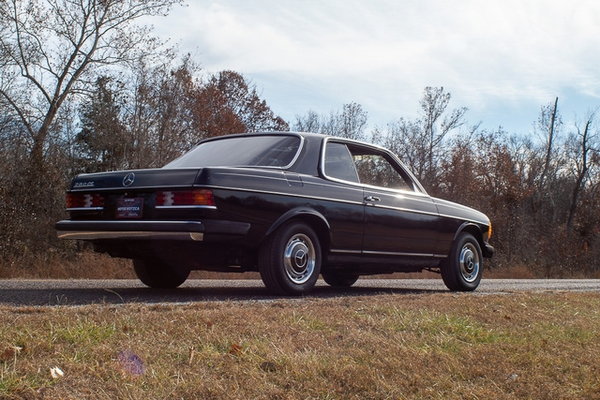 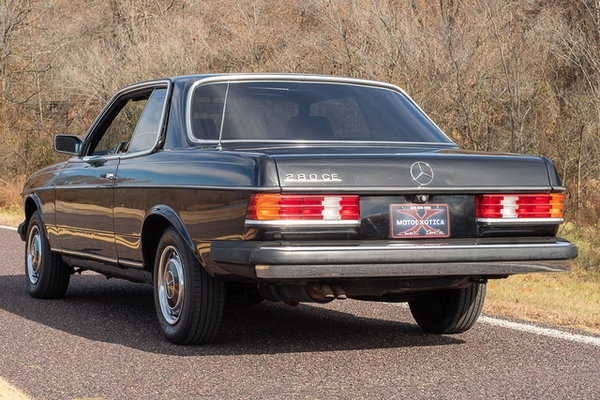 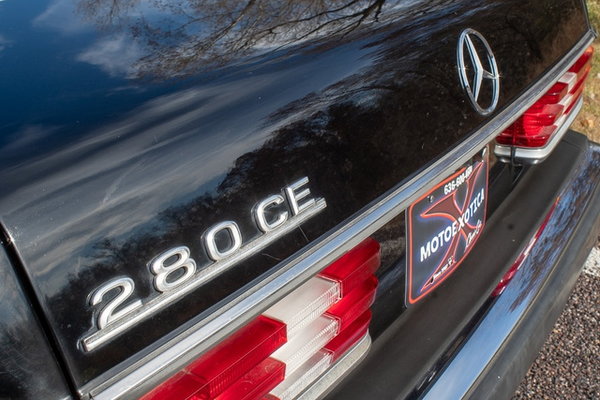 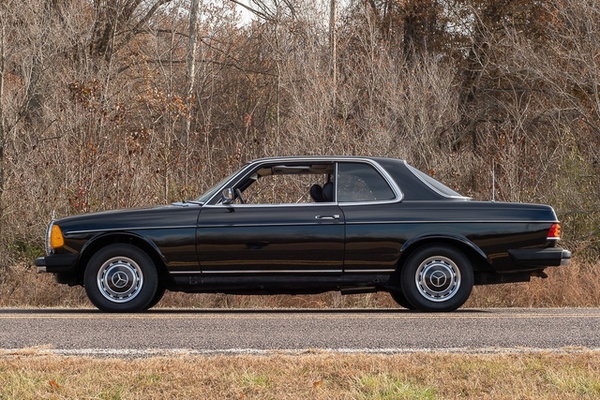 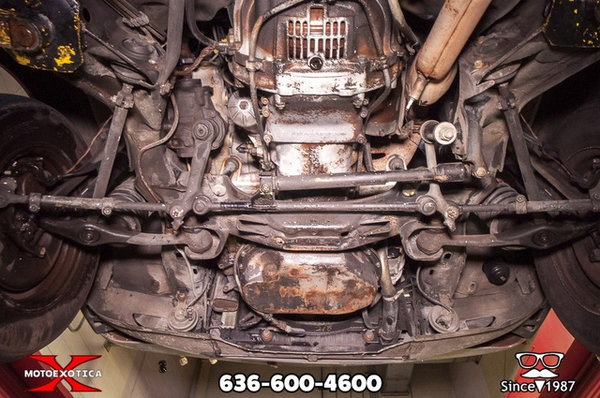 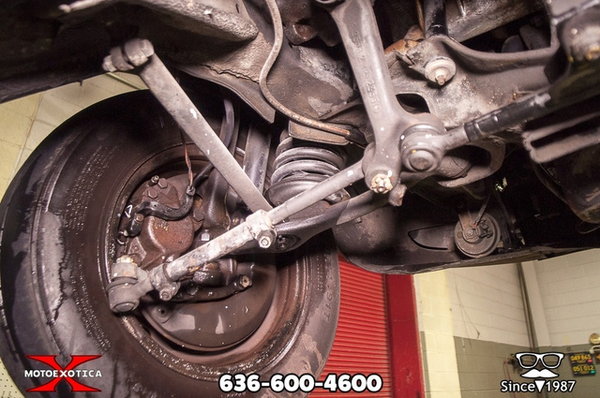 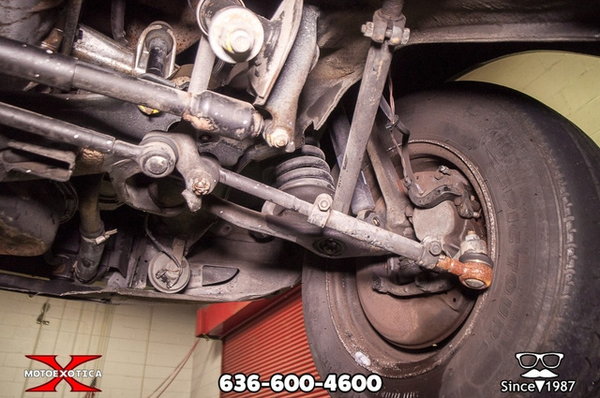 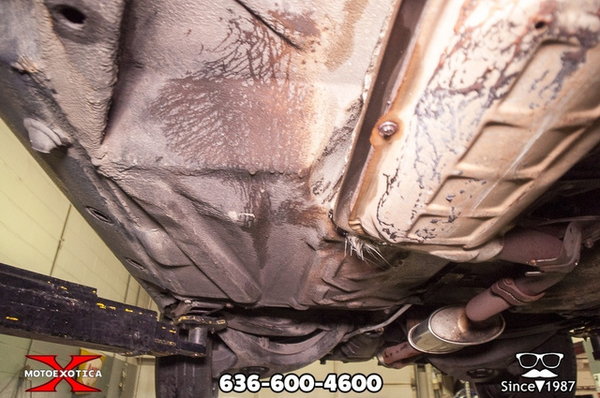 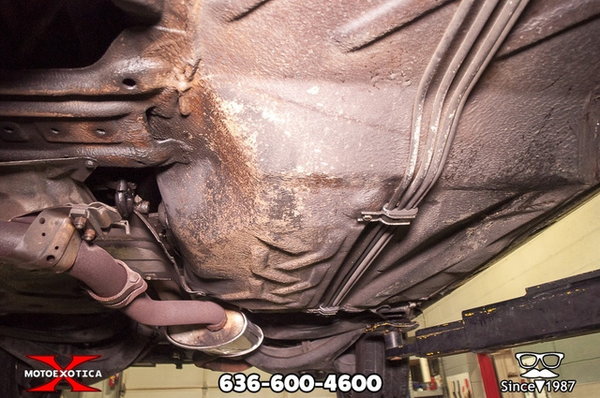 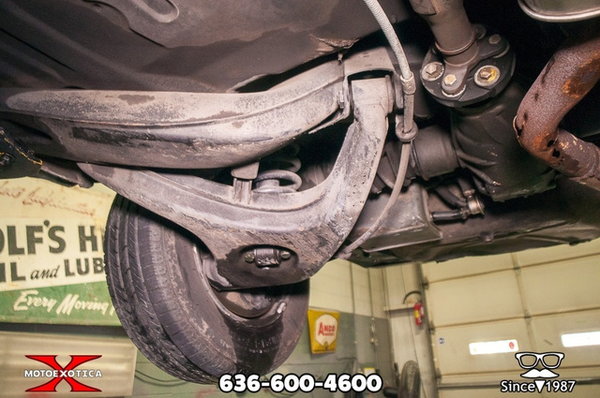 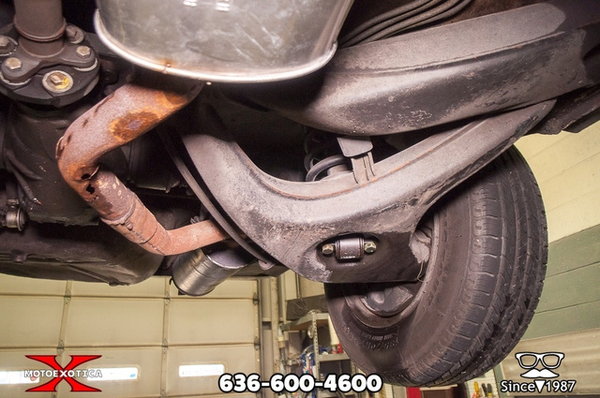 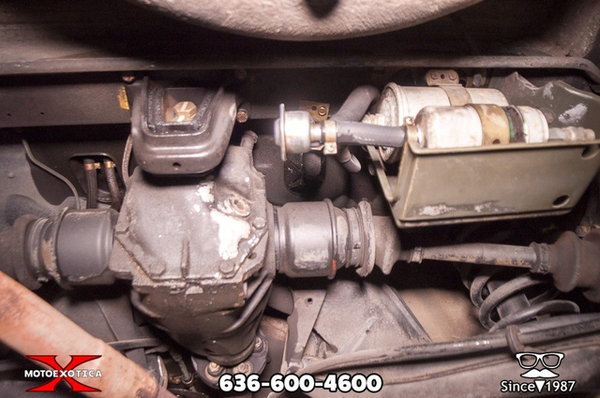 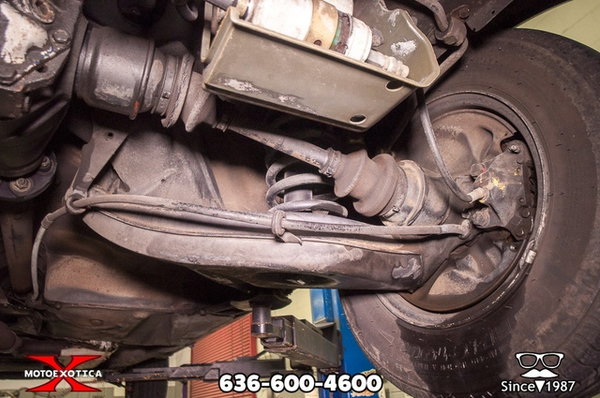 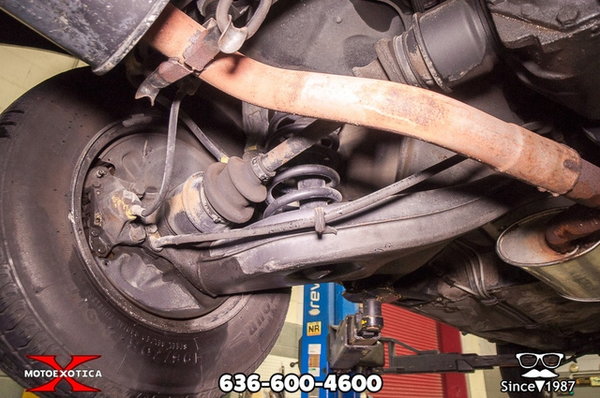 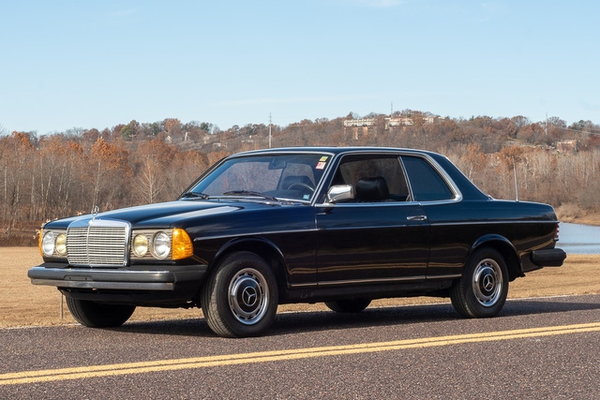 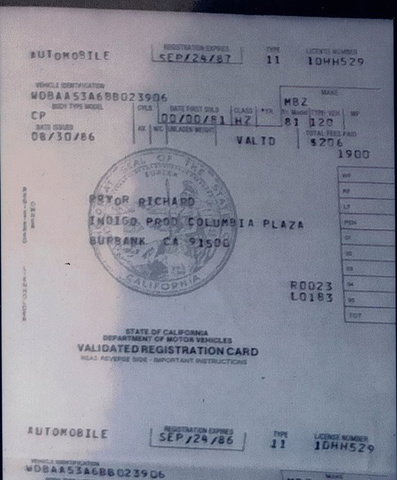 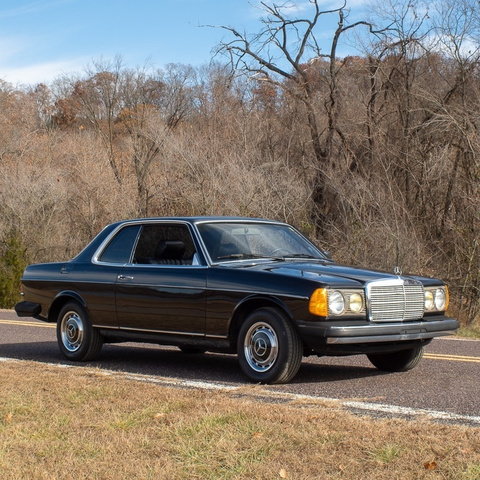 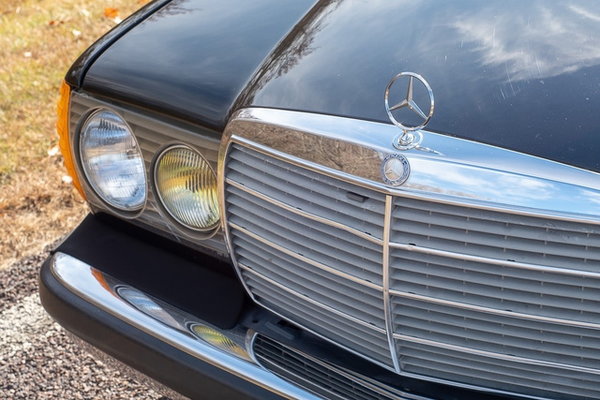 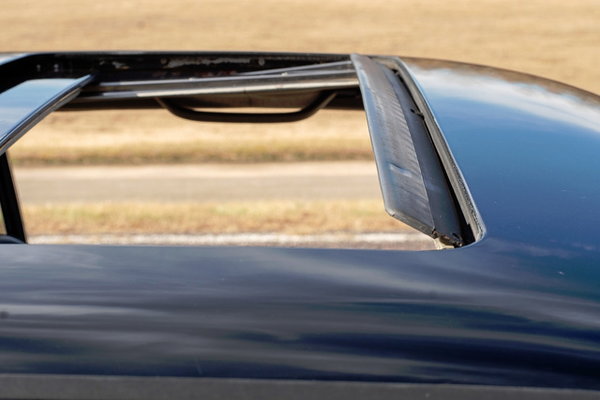 1981 Mercedes-Benz 280CE (C123) Originally owned by famous actor/comedian Richard PryorFinal model year for the 280CEBlack exterior (DB040) and Black MB-Tex vinyl interior (code 131)2.8L inline six-cylinder engine with Bosch K-Jetronic fuel injection (code M110)4G-TRONIC four-speed automatic transmission W4A040 (code 420) and 3.69 gearingAir-conditioning and power windows (code 588); cruise control (code 440); power locks (code 467); power antenna (code 531); and front folding armrest (code 570)Sunroof (code 410); tinted glass with rear window defroster (code 592); body-colored, 15-hole light alloy rims (code 640)Documentation includes proof ownership via State of California registration card with Prior's personal information; photos of the car on a foamboard with images of Pryor alone and with other co-stars in his films "Yeah, that's right! That's right! We bad! Uh-huh!" Remember "Stir Crazy" the Richard Pryor/Gene Wilder film directed by Sidney Poitier? It was a big studio hit in 1980; the third highest-grossing film of the year. MotoeXotica Classic Cars is proud to display a car Pryor bought later in the decade, a 1981 Mercedes-Benz 280CE. Finished in Black (code DB040) and Black MB-Tex vinyl interior (code 131), the car's paint is in overall very good order, however the trim evidences some blemishes, especially around the windows and drivers door. The car's bodywork is straight while the engine bay is in good, original order and the Dunlop battery looks newer. There's a factory sunroof (code 410). The car's trunk is in very good condition and sports a subwoofer and associated parts on the wall separating the trunk from the cabin. The chrome bumpers with black rubber strips are in overall very good condition. This Benz rolls on radials, size 195/70R14 at every corner. Each tire is mounted on a factory steel wheel topped with a body-colored 15-hole light alloy rim. The wheels and tires are in very good order. Open the hood and grille of this Benz and you'll find a 2.8L straight six-cylinder engine with Bosch K-Jetronic fuel injection (code M110). Backing this motor is a 4G-TRONIC four-speed automatic transmission (code W4A040 and code 420) and a 3.69:1 rear end. Driver convenience features include air-conditioning but is inoperable, power steering, power and power windows (code 588), cruise control (code 440), power locks (code 467), power antenna (code 531 but is inoperable) and front folding armrest (code 570). Inside, the black MB-Tex vinyl front buckets (code 131) and rear bench seat are in very good condition, while the black carpet is in good, overall order. The neutral headliner prevents the inside from feeling claustrophobic while M-B's big four-spoke steering wheel looks good and dominates the interior. The instrument panel with its array of gauges and inner door panels are all in good, original order but the odometer is inoperable. An Alpine AM/FM stereo with cassette deck completes the interior. The North American version of W123 differs from European version due to the US Department of Transportation automotive safety regulations along with Environmental Protection Agency (EPA) automotive emission control regulations. Notable exterior differences included: Larger and stronger bumpers that resist collision damage up to 5 mph Round sealed beam headlamp capsules and fog lamps; the large glass covers partially the housing. The fog lamps had clear lens until 1980 model year when they were tinted yellow Amber-colored retroreflective markers on the front turn signal indicators which double as night illumination Red-colored retroreflective markers at side edge of taillamps Location of ID-tag on A-pillar Emission control device for petrol engines only Radio with different frequency steps when tuning to different radio stations 85 mph speedometer with 55 mph prominently marked Tinted glass band across the top of front windscreen If passenger side external rear view mirror is included, the mirror must carry the warning: "Vehicles are closer than they appear" In the spring of 1976, a coupe version was introduced on a shortened wheelbase 106.7 inches versus 110.0 inches for the saloon). The C123 was available as 230 C (later 230 CE) and as 280 C and 280 CE in most markets. Unlike W123 saloon, the rectangular headlamps were fitted to C123 regardless of engine type. The W123 became a hit with the public due to its modern look. Following the slow build-up during the first year of production as to ensure the high and consistent quality, the customers who placed their orders faced a lengthy waiting period of nine to twelve months. A black market emerged for the customers who were willing to pay more for immediate delivery. The slightly used W123 commanded about 5,000 Deutsche Mark premium over its original sale price. Like its predecessors, W123 gained the reputation of being over-engineered, well-built, durable, and reliable. Many taxi companies chose W123 for this reason, and they were common sight in Germany. Reaching 500,000 or 1,000,000 km with minor mechanical issues was common with W123 used as taxicabs. Once the W123 reached the end of service life, they were often shipped to Africa and third world countries where they were highly esteemed for ability to travel on rough roads and further without frequent maintenance. Documentation includes proof ownership via State of California registration card with Prior's personal information; photos of the car on a foamboard with images of Pryor alone and with other co-stars in his films. Coupe competition to this Mercedes in 1981 included Buick's LeSabre Limited, Chrysler's LeBaron, Mercury's Grand Marquis Coupe, Oldsmobile's Delta 88 Coupe and Pontiac's Bonneville. Mercedes-Benz fans, here is a classic coupe originally owned by a famed actor and comedian. If you've always wanted to own a car that was once driven or ridden in by a celebrity, this is your chance, or, if you've always sought to buy a piece of rolling history, it is at MotoeXotica Classic Cars, so stop by today to check it out for yourself. VIN: WDBAA53A6BB023906 EIN: 110984 12 097666 TIN: 02 148953 Order#: 0 1 705 71601 This car is currently located at our facility in St. Louis, Missouri. Current mileage on the odometer shows 78,385 miles. It is sold as is, where is, on a clean and clear, mileage exempt title. GET OUT AND DRIVE!!! Note: Please see full terms and conditions listed below that pertain to the purchase of any said vehicle, thank you.
View Full Description