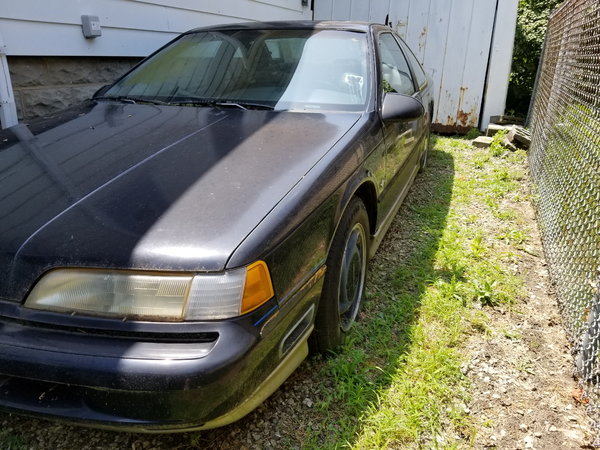 In Jan 1990 to commemorate the 35th anniversary of the introduction of the Ford Thunderbird. The Super Coupe was chosen as the model to be used and there were 3,371 produced. Finding such a collector car in the bargain bin is a rare occurrence. This is one of those times although presentable in appearance, the car was in storage for a number of years and when the storage was lost the car was parked in my driveway. Vehicle has never been altered beyond oil and filter changes. This being said the vehicle has not been run in several years. As is the Super Coupe would make an unusual and affordable project car. Also included is almost all of the original commemorative items it was sold with NEW! The original dealer window sticker, owners manual, audio kit, key chain, 2 sets of silver keys(uncut), custom 35th anniversary silver floor mats, 35th anniversary custom-fitted cover supplied by the same company that sews covers for Rolls-Royce, and All are in the original packaging never used!! I posted my car a while back prior to the shutdown, at this point I need to sell due to unforeseen circumstances. I'm the 3rd owner, I've never done anything to the engine or transmission, the radio was taken out because it failed as did many of the JBL head units, there is an aftermarket Clifford alarm that was installed by the original owner, the mileage is correct at 73k was only driven during the spring and summer. Please let me know if you have any questions.