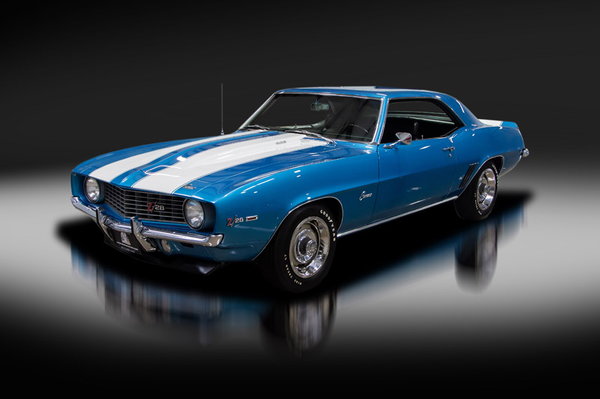 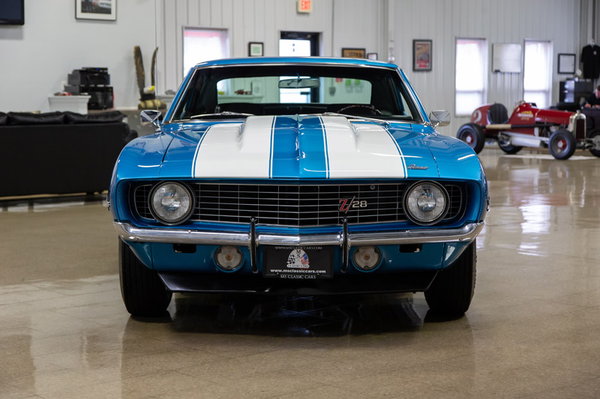 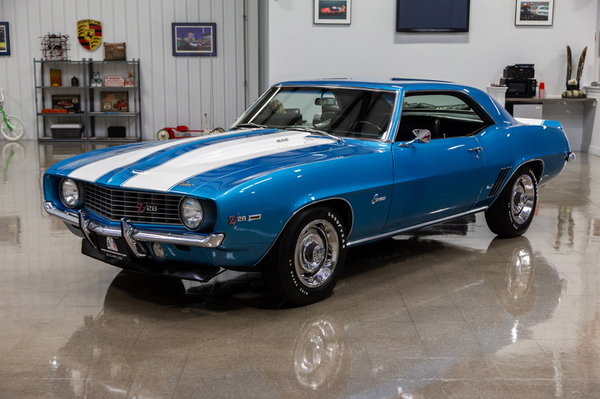 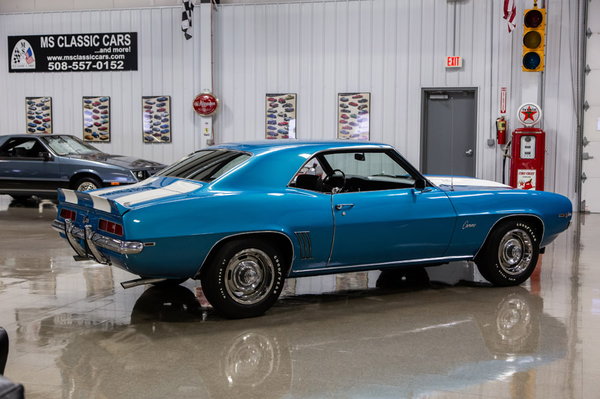 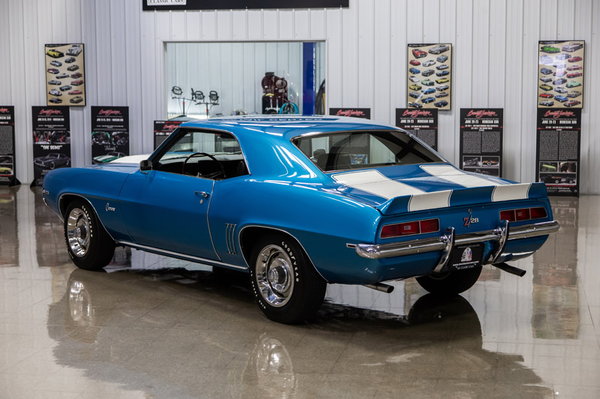 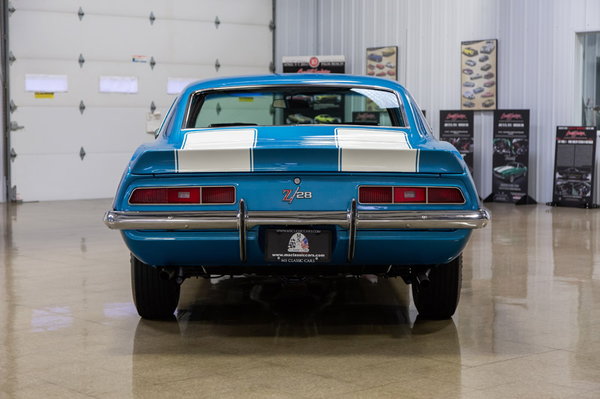 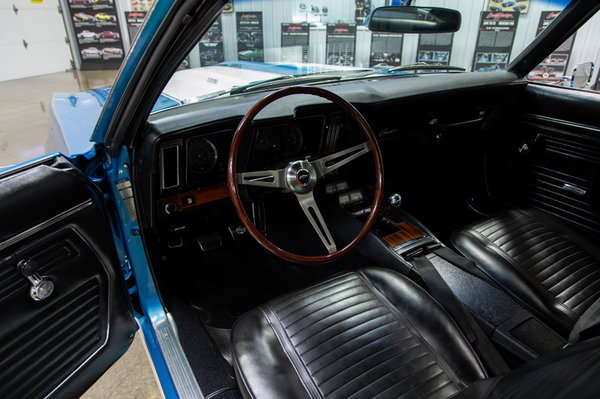 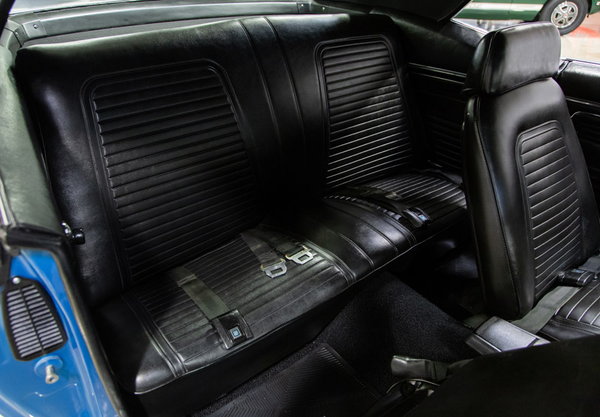 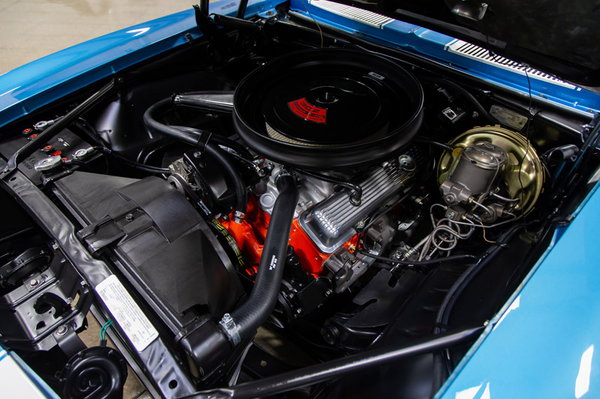 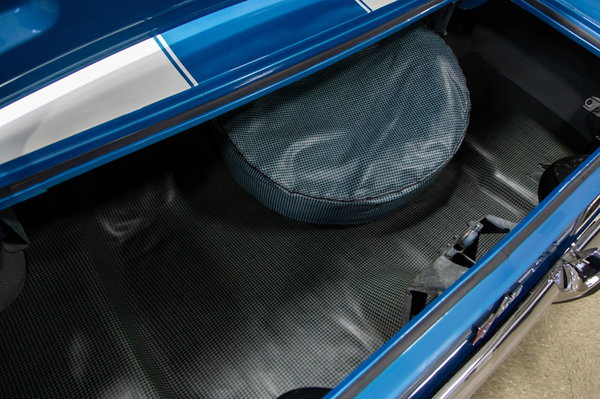 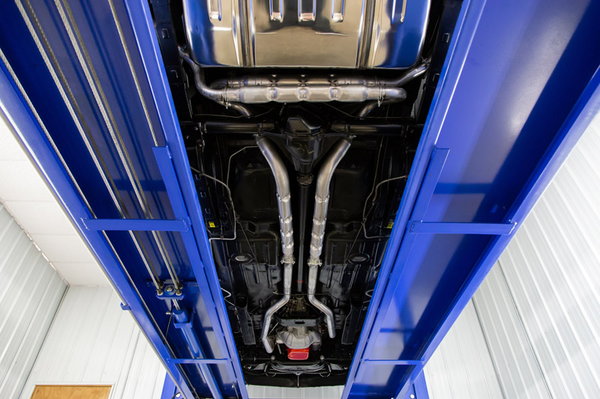 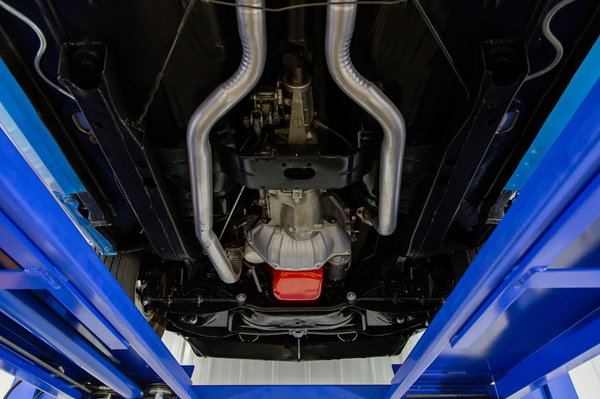 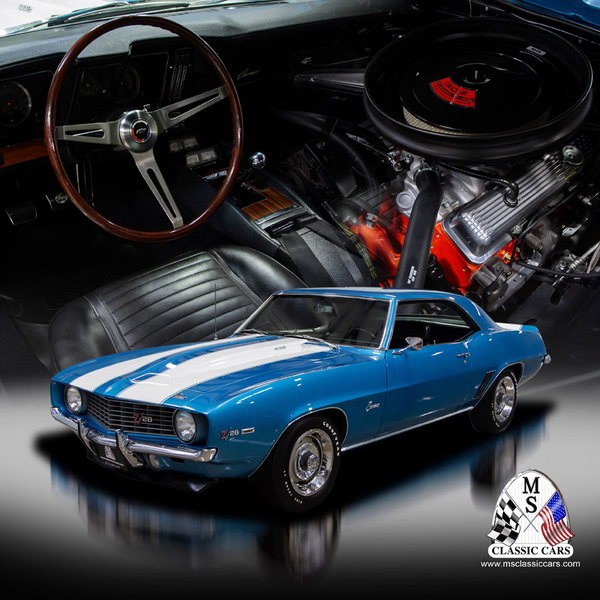 This gorgeous 1969 Chevrolet Camaro Z28 “Replica” is the ultimate Z28 sleeper. It has been completely restored like an original Z28 but would eat an original Z28 for breakfast. It’s powered by a new 383 V8 w/ 448HP and a M22 ‘Rock Crusher” 4-speed transmission. It also has power steering and power brakes. This car is in show quality condition throughout.

As the VIN number indicates this car was built in Van Nuys, CA as a 1969 Chevrolet Camaro Coupe with a V8. As the trim tag indicates this car was originally LeMans Blue with a black interior. As the NCRS date report indicates this car was sold new at Williams & Swanson located in Renton, WA and the actual build date was December 11th, 1968. This car was the product of a meticulous restoration. It was restored like an original Z28 from top to bottom. There’s no documentation to support when the restoration was completed. MS CLASSIC CARS purchased the car in November of 2019. At the time of purchase it had a 350 V8 that was made to look like a DZ302 V8. This engine wasn’t anything to brag about so MS CLASSIC CARS decided to give the car a serious upgrade. MS CLASSIC CARS added a new Blue Print 383 V8 stroker crate engine. The goal is to make this engine look similar to a DZ302 so it would be the ultimate Z28 sleeper. A factory DZ302 V8 was factory rated at 290HP and this 383 V8 was dyno tested at 448HP. The dyno sheet in pictured below and included. This car is awesome!

The exterior body is very straight with great gaps lines throughout. It was dressed with a cowl hood and rear spoiler. It was painted in the original color of LeMans Blue. The LeMans Blue is complemented with White racing stripes that were correctly placed. The paint is high quality and ocean deep. The color combination is absolutely gorgeous. All of the glass was replaced new which makes a considerable difference in appearance. Everything on the exterior was restored or replaced such as the glass trim, wipers, dual mirrors, door handles, front grill, front bumper w/ bumper guards, rear bumper w/ bumper guards, lenses, lights and emblems. It sits on 15” Rally wheels that are wrapped with Goodyear Wide Tread GT E-70-15 tires. This car is a great looking American muscle car!

The interior has been completely restored throughout and is in beautiful condition. It sports its original interior color of black which complements the exterior very nicely. Everything in the interior was restored or replaced such as the headliner, sun visors, rear view mirror, dash, dash knobs, wood trim, gauges, tilt steering column, steering wheel, center console w/ gauges, Hurst shifter, bucket seats, seat belts, door panels, door handles, window cranks and carpeting. Everything in the interior is in working order with exception of the clock. It has rubber floor mats that read Camaro Z28. The trunk compartment was nicely restored. Its home to the spare tire, tools and factory style trunk mat.

The engine compartment is highly detailed throughout and was finished just like an original Z28. The firewall, inner fenders and radiator we’re painted satin black. It’s powered by a Blue Print 383 Stroker V8 crate engine with 448HP and 460 Ft.Lbs. This engine was purchased and added by MS CLASSIC CARS. The engine comes with a dyno sheet and warranty from Blue Print. The goal was to make the engine look like an original Z28. Some items had to be modified so the original Z28 parts could be added. The engine block and aluminum heads were painted GM orange. The engine was dressed with Z28 valve covers and air cleaner. A Pertronix distributor was added for better performance and the ignition box was hidden in the glovebox. This engine runs amazing and has 158HP then the DZ302 V8 had from the factory. Everything in the engine compartment was restored or replaced such as the hinges, wiring, starter, alternator, pulleys, belts, wire looms, ARP bolts, gaskets, hoses, battery topper and radiator. The engine breathes through factory manifolds and a new dual exhaust system that sounds awesome. The engine is coupled to a rebuild M22 “Rock Crusher” 4-speed transmission. The M22 transmission input and output shafts were modified so it would work with this engine. The M22 is a heavier duty transmission that can easily handle the power of the new engine. MS CLASSIC CARS added a new clutch and flywheel when the engine was being swapped. The power is transferred to a rebuilt 12-bolt POSI rear end with a Yukon center section with 3.55 gears. This is a heavier duty rear end that can easily handle the power of the new engine and keep the tires on the pavement. Well, maybe not the bias ply tires….LOL.
The undercarriage is also highly detailed throughout and was finished very similar to an original Z28. All of the floors were painted stain black. Everything was restored or replaced such as the steering components, braking system, suspension system and fuel tank. This undercarriage nice enough that it should be displayed with mirrors if taken to a show.

If you’re someone loves a 1969 Chevrolet Camaro Z28 and loves power but doesn’t care about original matching numbers this car is for you. This is the ultimate the Z28 sleeper!
View Full Description

View All Ads From Seller